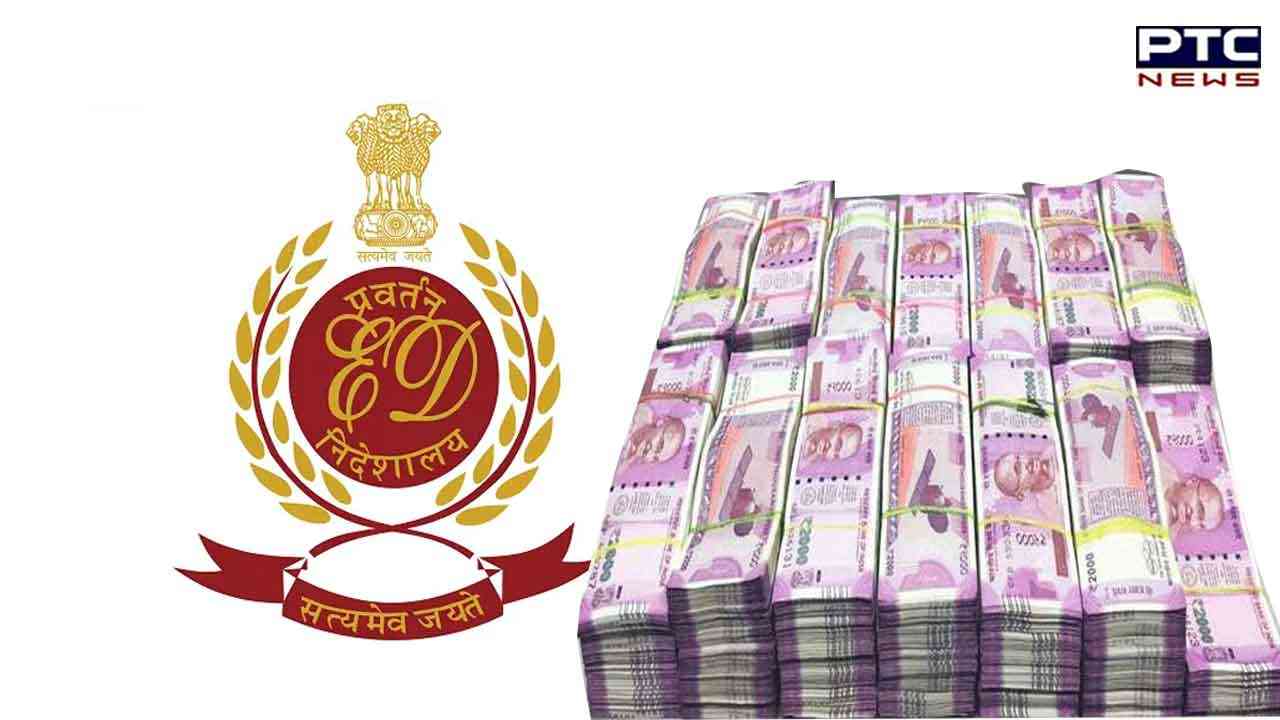 New Delhi , December 2 : The Enforcement Directorate (ED) on Friday said it has arrested four persons including three directors of a private firm under the Prevention of Money Laundering Act, (PMLA) 2002.

"The general public has been cheated to the tune of around Rs 108 crore," according to a statement by the ED.

The four arrested persons were produced before a Special PMLA special court following which they were sent to 12-days of ED custody.

The accused have been identified as R Aravinth, S Gopalakrishnan, S Bharathraj, the three Directors of Bluemax Capital Solutions Pvt. Ltd. and their associate J Amarnath of Tuticorin


According to an official release, multiple FIRs were registered by the Tamil Nadu state police against Bluemax Capital Solutions Pvt. Ltd, its directors and others across Tamil Nadu state during the years 2020 and 2021 based on the complaints received from the general public.

It was alleged that the complainants were cheated by  Bluemax Capital Solutions Pvt. Ltd who promised them high returns in the guise of investing their money in trading of forex, commodities, gold, etc. for promised higher returns.


"The general public has been cheated to the tune of around Rs 108 crore," the release said.


It further alleged that the PMLA investigation revealed that the directors of the company had created a website of the company with false features that falsely showed real-time forex trading with the investors' money.


"The modus operandi of the company was that once a person would invest money, they would be provided with an account and the website of the Company was designed in such a way that when a person logged into his/her account, it would show statements falsely depicting real-time forex trading being done regularly in the accounts," the release alleged.

It said that the website was designed to mislead investors by falsely depicting genuine trading in forex, commodities through trading charts, etc. which duped the investors into thinking that their money was being indeed invested in trading and a fictitious account statement with profit and loss was provided monthly.

"In October 2019, the directors had deliberately staged a false hacking of their company server and thereafter informed the investors that their money was lost in trading. They had then made token repayments of part money to a few investors leaving others high and dry," the release alleged.

The ED investigation claimed that the investors' money was not invested in any of the trading activities as promised and that the above-mentioned arrested persons, had diverted a sizeable portion of the investors money through various business entities.

"They invested in new businesses in their names or their wives' names and also invested in crypto currencies clandestinely. It was also seen that all three directors have together started companies and bank accounts in the name of M/s. Bluemax Global Ltd in offshore locations mainly in UAE, Hong Kong, Belize and UK and stashed money in them," the ED release said.