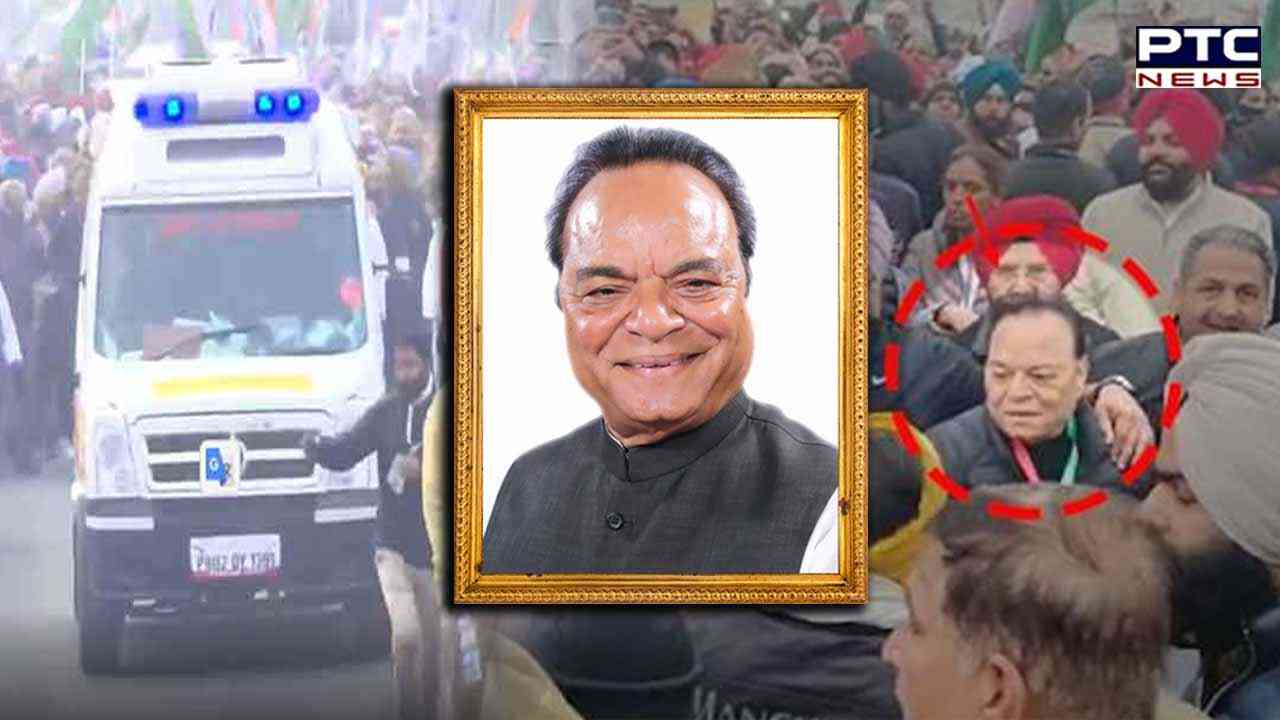 Following Chaudhary's death, the yatra was halted, and Gandhi is said to have gone to the hospital.

Expressing grief over the sudden demise of the Congress MP, Prime Minister Narendra Modi took to Twitter and said, "Pained by the passing away of MP Shri Santokh Singh Chaudhary Ji. He will be remembered for his efforts to serve the people of Punjab. Condolences to his family and supporters. Om Shanti."

Senior Congress leader Rahul Gandhi expressed grief over party leader Santokh Singh's death. "I am shocked by the sudden demise of Shri Santokh Singh Chaudhary. He was a down-to-earth, hardworking leader, a noble human being, and a stalwart member of the Congress family who devoted his life to public service, from youth Congress to MP. My condolences to the bereaved family," he said.

Congress President Mallikarjun Kharge expressed shock over the Jalandhar MP's demise during the Yatra and said, "Deeply shocked and saddened to learn about the untimely passing away of our MP, Shri Santokh Singh Chaudhary. His loss is a great blow to the party and organisation. In this hour of grief, my heart goes out to his family, friends and followers. May his soul rest in peace."

Punjab Congress head Amarinder Singh Raja Warring tweeted, "Deeply saddened to inform you about the passing away of @INCPunjab. MP Santokh Chaudhary ji. My deepest condolences to his family, colleagues, friends and supporters. I am in shock but Chaudhary Saab’s resolve will always be a source of inspiration to me."

Punjab Chief Minister Bhagwant Mann on Saturday took to Twitter to extend condolences and said, "I am deeply saddened by the untimely death of Congress MP from Jalandhar, Santokh Singh Chowdhury. May his soul rest in peace.

Shiromani Akali Dal chief Sukhbir Singh Badal tweeted on Saturday, "Saddened to learn about the passing away of Jalandhar MP Sh. Santokh Chaudhary Ji. My condolences to his son @VikramjitMLA, family and followers. May Gurusahab bless his soul."

Former Cabinet Minister and Shiromani Akali Dal leader Harsimrat Kaur Badal also expressed condolences on Twitter. "Saddened to learn about the tragic death of Shri Santokh Singh Chaudhary ji during the course of Bharat Jodo Yatra. My condolences to the bereaved family. May his soul rest in peace," she tweeted.

"My heartfelt condolences and prayers are with his family. May Waheguru Ji grant eternal peace to the departed soul," she added.