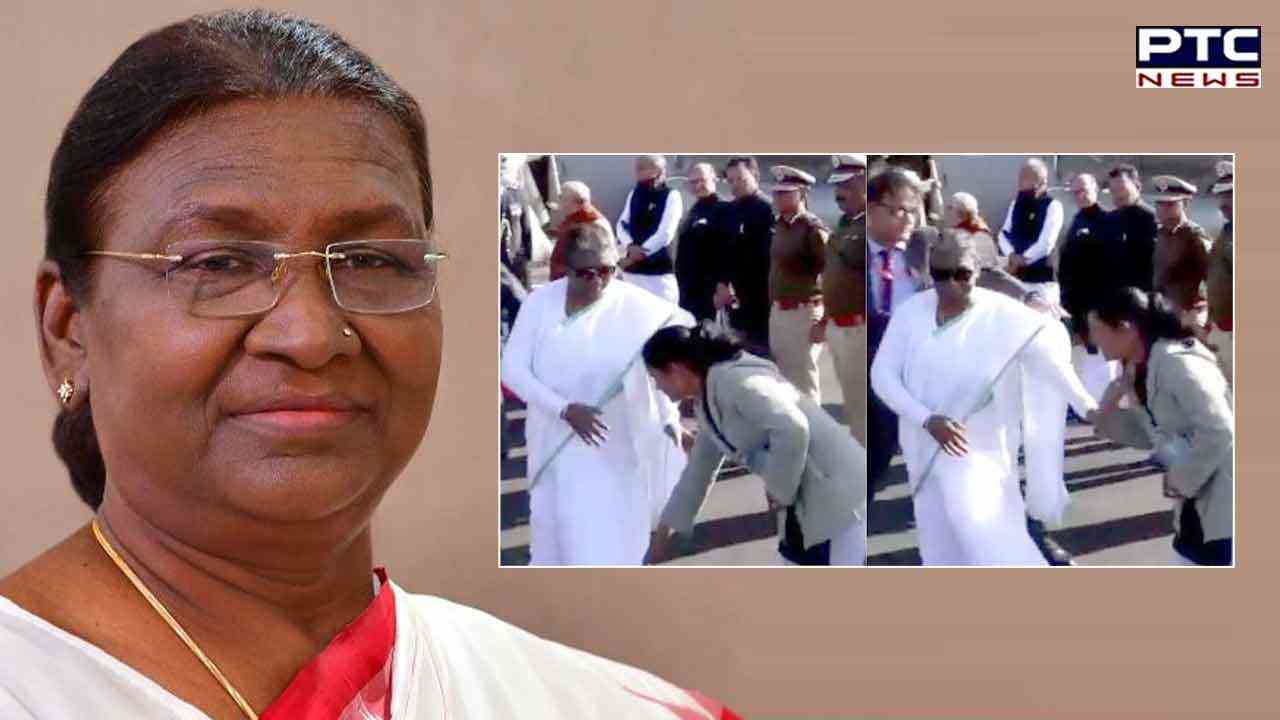 President security breach: A week after President Droupadi Murmu's security was breached at an event in Rajasthan, the state government suspended a junior engineer with the Public Health Engineering Department (PHED) who tried to touch her feet.

On January 12, the Chief Engineer Administration Water Supply Department suspended Junior Engineer Amba Seoul. On January 4, she attempted to touch her feet at an event.

"Amba Seoul, Junior Engineer, Public Health Engineering Department, Rohet, district Pali, had violated the protocol by trying to touch the feet of the President at the helipad during the inaugural programme of the Scout Guide Jamboree in Rohet on January 4. Therefore, the undersigned, in the exercise of the powers conferred under Rule 342 of Rule 958 of the Rajasthan Civil Services (Classification, Control, and Appeal), we hereby order the suspension of the said Amba Seoul, junior accused with immediate effect," the suspension order reads.