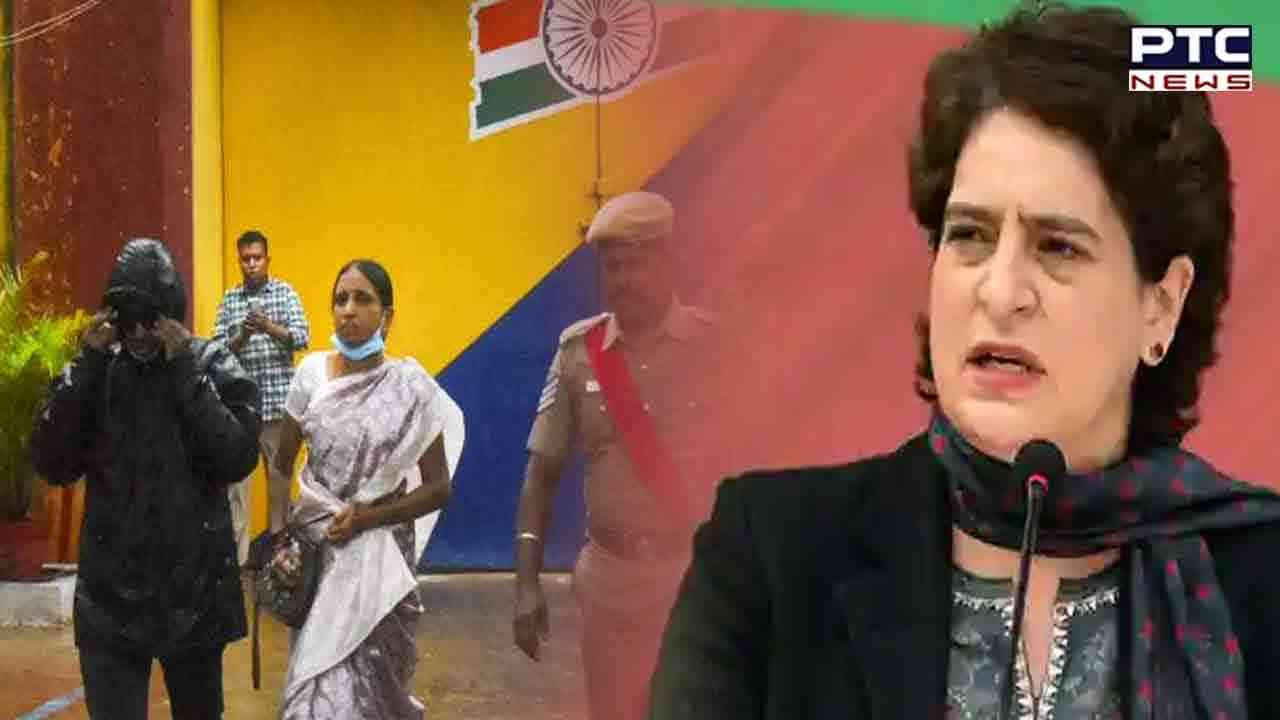 Chennai (Tamil Nadu), November 13: Nalini Sriharan, one of the six convicts in the Rajiv Gandhi assassination case on Sunday stated that Congress leader Priyanka Gandhi Vadra met her in the jail and questioned her about the killing of her father.

She added said that Priyanka turned emotional and cried when she met her in jail.

"Priyanka Gandhi met me in jail and she asked me about her father's killing. She got emotional for her father. She cried too," said Sriharan.

Sriharan, the country's longest-serving woman prisoner serving a life sentence, was released from the Vellore jail on Saturday, following a Supreme Court order on Friday that freed all six convicts in the case, including RP Ravichandran.

Sriharan also urged the Tamil Nadu government to take the necessary steps to free her husband from the Trichy Special Camp as soon as possible.

"On Monday I am going to meet my husband at Trichy Special camp. We got married and we have a child who lives aboard. My daughter is so excited to meet her father. I really want to go and see a few places in Tamil Nadu mainly the late Kamala Sir Memorial. I can't meet my husband yet so am not happy at present. I request the Tamil Nadu government to take the necessary actions to release him as soon as possible from the Camp," she added.

She also stated that she wishes to meet with everyone who assisted her in getting out of this situation.

"I want to see Tamil Nadu Chief Minister MK Stalin. I want to meet CM Stalin soon and really want to thank him. I am very thankful to the Gandhi Family. I am ready to meet them if I get a chance to meet them," Sriharan stated.

Recounting her time in jail, she stated that the convicts were treated like death row inmates and that she was locked inside the prison despite being two months pregnant.

"We have been treated in jail like death convicts. Even when I was two months pregnant, they locked me inside the prison," Sriharan said.

Talking about her future plans, she said, "Family will be my priority and I am not going to do anything professional. My whole life is totally destroyed already so I am going to take care of the family," she added.