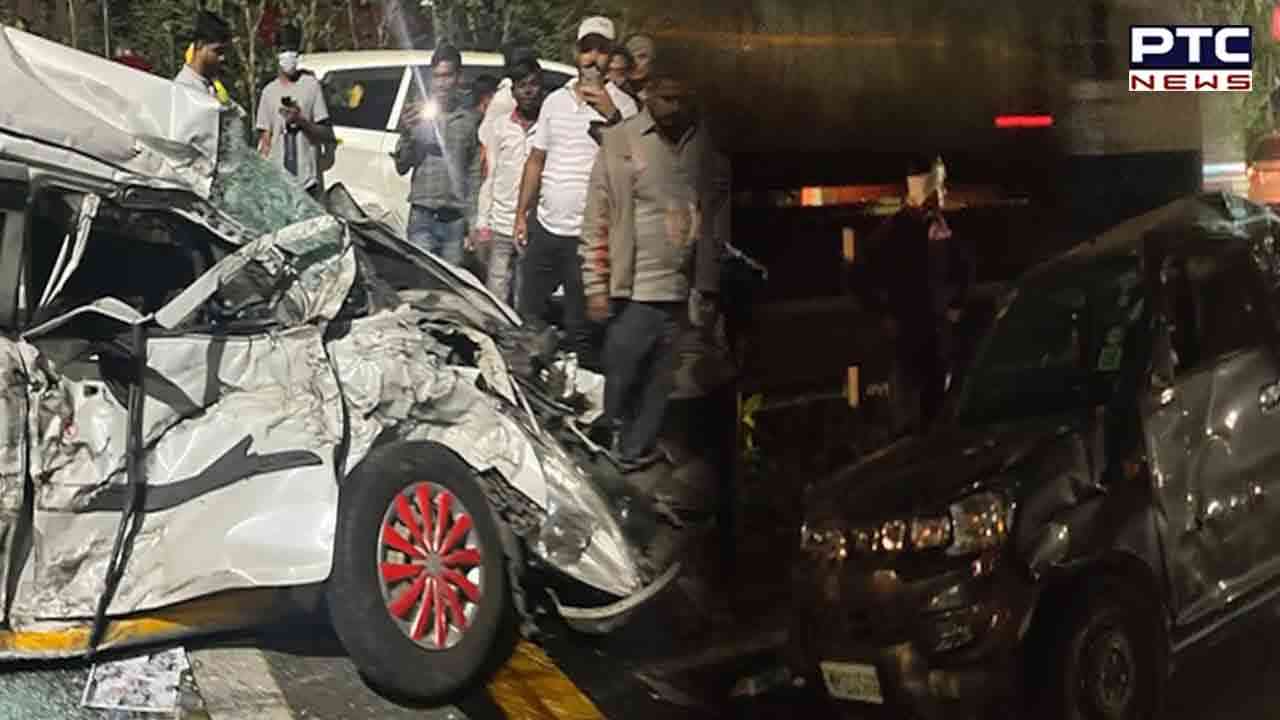 Pune, November 21: Maharashtra Chief Minister Eknath Shinde on Sunday directed a thorough investigation into the cause of the tragic road accident that took place on the Pune-Bengaluru highway on Sunday evening in which over 40 vehicles were damaged and 38 people were reportedly injured.

"Several vehicles crashed in an accident involving a tanker at Navale Bridge in Pune. As soon as the information about this accident was known, immediate instructions are given to find out the exact cause of the accident," Tweeted CM Shinde. Further, Chief Minister Eknath Shinde has given instructions to the local administration to arrange proper treatment for the injured.

The accident took place on the Pune-Bengaluru highway on Sunday evening.

"A major road accident occurred at Navale bridge on the Pune-Bengaluru highway in Pune in which about 48 vehicles got damaged. Rescue teams from the Pune Fire Brigade and Pune Metropolitan Region Development Authority (PMRDA) have reached the spot," said Pune Fire Brigade officials.