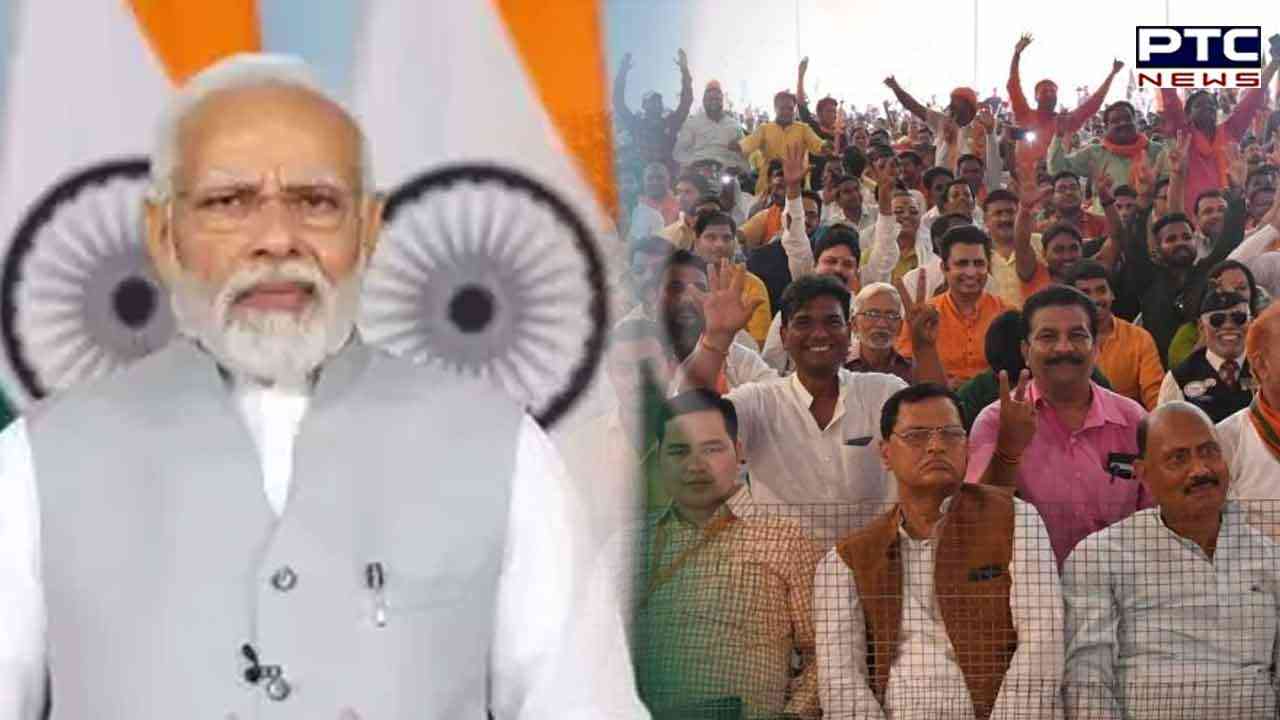 Prime Minister will also address these appointees on the occasion via videoconferencing, Prime Minister's Office said in a statement on Monday.

The Rozgar Mela is a step towards the fulfillment of the commitment of the Prime Minister to accord the highest priority to employment generation.

The Rozgar Mela is expected to act as a catalyst in further employment generation and provide meaningful opportunities to the youth for their empowerment and participation in national development directly.

Earlier in October, appointment letters were handed over to 75,000 newly inducted appointees under Rozgar Mela.

"The physical copies of the appointment letters to the new appointees will be handed over at 45 locations across the country (except Gujarat and Himachal Pradesh)," the statement said.

In addition to the categories of posts filled earlier, posts of teachers, lecturers, nurses, nursing officers, doctors, pharmacists, Radiographers and other technical and paramedical posts are also being filled. A significant number of posts are being filled by the Ministry of Home Affairs in various Central Armed Police Forces (CAPF).

The module is an online orientation course for all new appointees in various government departments.

The statement said it will include a code of conduct for Government servants, workplace ethics and integrity, human resource policies and other benefits and allowances that will help them to get acclimatized to the policies and transition smoothly into the new roles.

"They will also get an opportunity to explore other courses on igotkarmayogi.gov.in platform to enhance their knowledge, skills and competencies," the PMO statement said.