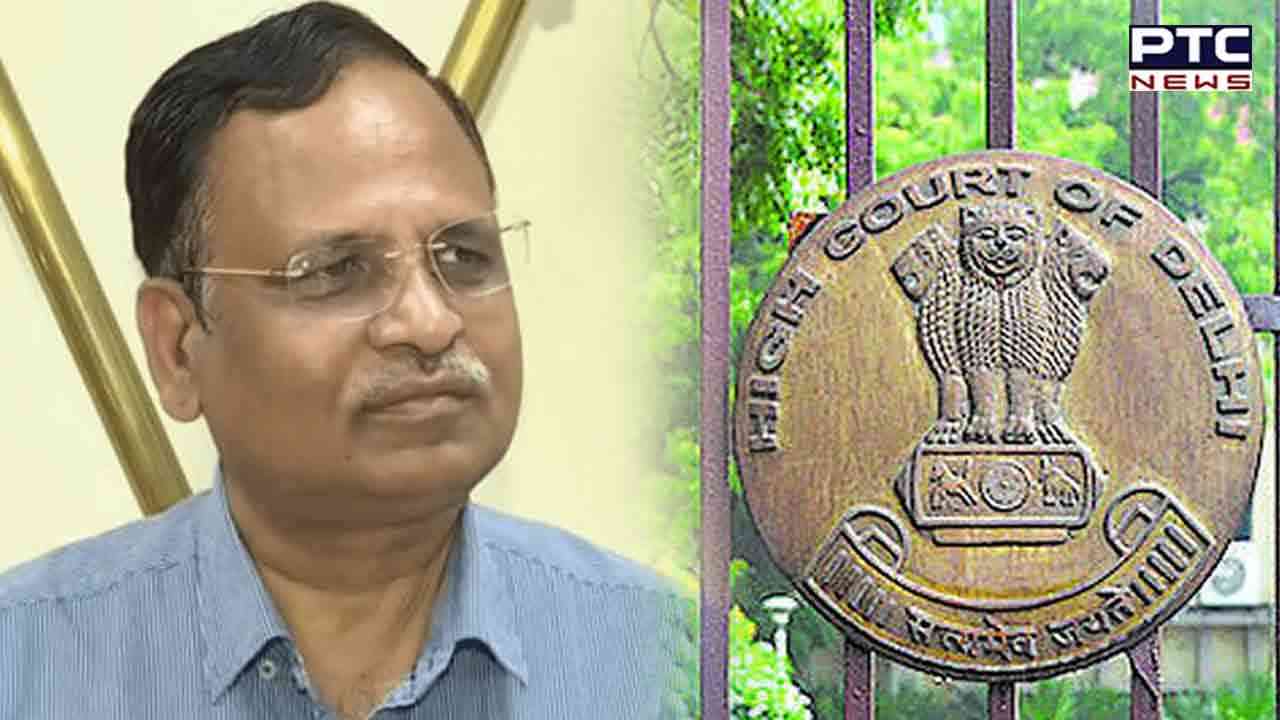 New Delhi, November 29: Jailed Delhi Minister Satyendar Jain on Tuesday moved Delhi High Court seeking bail in a money laundering case and said that he has cooperated with the investigation and produced himself seven times for recording statements.

The trial court denied his bail petition on November 17, 2022. Jain was arrested on May 30, 2022, by the Enforcement Directorate under sections of the Prevention of Money Laundering Act and is currently in judicial custody in the case. During his bail hearing in the Delhi High Court, Jain stated that the trial court Judge and the ED gravely misread and misapplied the PMLA by identifying proceeds of crime solely based on accommodations entries. That accommodation entries cannot itself lead to a punishable offence under PMLA.

The Rouse Avenue Court recently dismissed Delhi Minister Satyendar Jain's bail petition in the ED case, stating that the accused Satyendar Kumar Jain had knowingly done such activity to obliterate the tracing of the source of ill-gotten money and, as a result, the proceeds of crime were layered through Kolkata-based entry operators in such a way that its source was difficult to decipher.

Hence, the applicant/accused Satyendar Kumar Jain has prima facie indulged in the offence of money laundering of more than Rs 1 crore. Further, the offence of money laundering is a serious economic offence and the view of the Supreme Court of India with regard to economic offences is that they constitute a class apart and need to be visited with a different approach in the matter of bail, said the Court.

The enforcement agency has alleged that the companies which were "beneficially owned and controlled" by Jain had received accommodation entries amounting to Rs 4.81 crore from the shell companies against cash transferred to Kolkata-based entry operators through a hawala route.

The ED case is based on a Central Bureau of Investigation (CBI) complaint registered on the allegation that Satyender Jain had acquired movable properties in the name of various persons from February 14, 2015, to May 31, 2017, which he could not satisfactorily account for.