We must create multitude of equitable ways for different groups: CJI 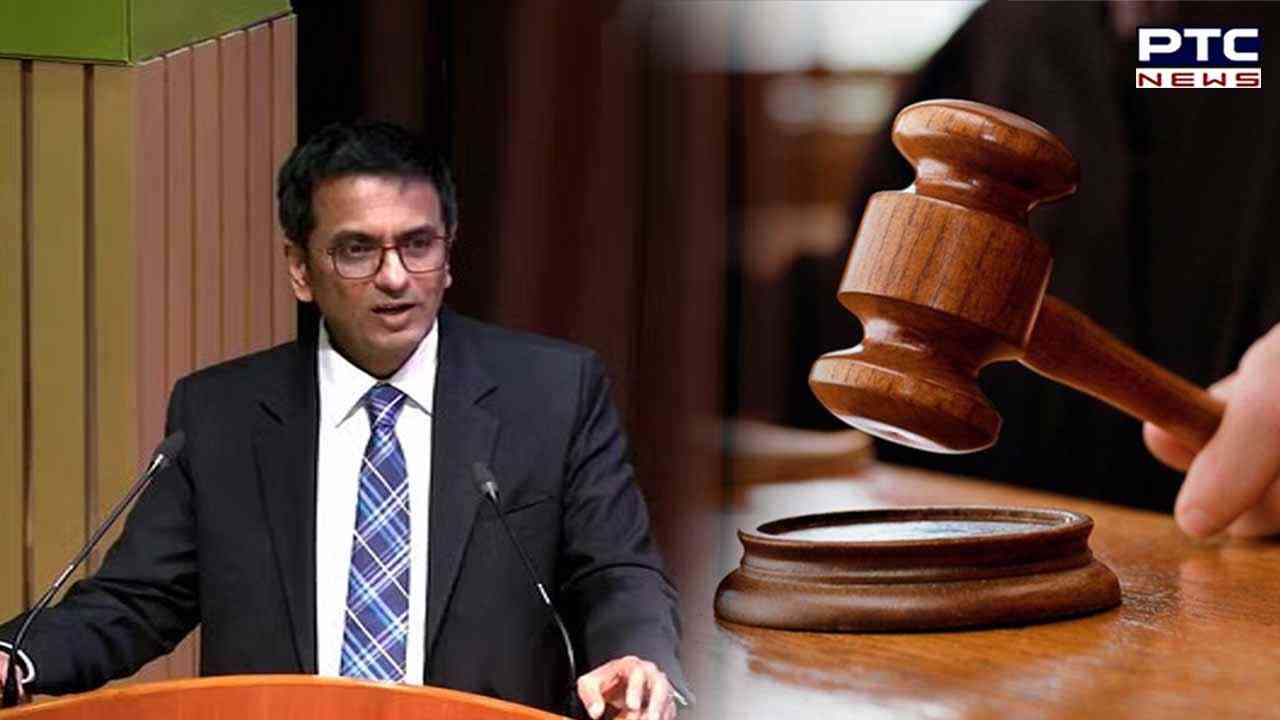 We must create multitude of equitable ways for different groups: CJI

New Delhi, December 7 : Chief Justice of India Justice DY Chandrachud on Tuesday said we must create a multitude of equitable ways for different groups -- women, members of the LGBT community, persons with disabilities, elderly, poor and marginalised -- to engage and participate in the process of adjudication.

While delivering a speech in Delhi High Court's new building, he said fairness, the principle of equality, efficiency and impartiality are inherent in our understanding of access to justice. In order to make sure that we are providing equal access to justice, attention must be paid to the design and administration of the judicial set-up.

"I do want to emphasize that our judicial system and courtrooms must be democratic inclusive and equally accessible, their design must accommodate people from diverse backgrounds, ensuring meaningful participation", said CJI Chandrachud.

The constitutionally recognised right to access to justice, enshrined in Article 14, Article 21 and Article 39A of our Constitution, breathes life into the principle of the Rule of Law.

The National Mission for Justice Delivery and Legal Reforms states that adequate judicial infrastructure is a precondition for reducing delays.

Traditionally, judicial spaces have been used to contribute to the idea of the 'majesty of law'. Court complexes built during the colonial times were used to create an imposing effect over the public, restricting the access to an exclusive few. However, our understanding of justice has drastically changed and our efforts are now concentrated on reaching out to the people. Judicial spaces are considered to be public, civic spaces and thus should be universally accessible. The symbolism of court complexes helps in materialising justice, making it tangible and corporeal for citizens, who come from far and wide. The courtroom (whether physical or virtual) provides the setting where the search for justice takes place for the citizen.

The increasing judicial work in the Delhi High Court put pressure on the already hard pressed existing infrastructure, leading to the requirement to construct additional buildings in the form of 'C' Block and 'S Block'.

The magnificent building of 'S Block' boasts of 200 law chambers, a judicial convention centre and an auditorium, space for administrative offices and a multi-level parking facility. Common meeting rooms, lawyers, cafeteria and open green spaces would definitely provide an enabling and stress-free environment for litigants and lawyers to discuss and collaborate.

A dedicated space for the Delhi International Arbitration Centre in the 'S Block' is a step in the right direction for strengthening the practice of ADR in this country. It sends a positive signal to the domestic and international commercial world.


A term which has been repeatedly used to describe the newly constructed 'S Block' of the High Court of Delhi is that it personifies "democratic architecture", with open offices, pedestrian paths, seating space equity and universal accessibility. Louis Sullivan, a prominent American architect who is perhaps best known for his aphorism "form follows function" once said: "The spirit of democracy is a function seeking expression in organized social form...Therefore arrange your architecture for democracy, not feudalism".

Union Law and Justice Minister Kiren Rijiju, who also was the guest at the inauguration function said in the near future, the Indian judiciary will go completely paperless. He said "I had a detailed meeting about the e-Court projects. For e-courts I have also requested the Chief Justice of India (CJI) to complete the task in his tenure."

The lawyers of the country should be prepared for paperless. We have also conveyed to my law officers that very soon we will have to go paperless, said Rijiju.


Rijiju while delivering a speech during an event of the inauguration of the Delhi High Court's new building stated that as the Centre has a well-defined role, we cannot do much for the High Court infrastructure as it is the state governments who have to look after the expenditure for developing the infrastructure.