Chandigarh : The Punjab Cabinet approved the criteria for grant of financial assistance and facilities to the Sangharshi Yodhas, who participated in Morchas against Emergency and Punjabi Suba Morcha to safeguard the interest of Punjab.

This decision was taken by the Council of Ministers during its meeting chaired by the Punjab Chief Minister Mr. Parkash Singh Badal here at Punjab Bhawan this evening.

Disclosing this here today, a spokesperson of the Chief Minister’s Office said that the financial assistance of Rs.1000/- per monthwould be given to the participantswho had undergone imprisonment up to three months. Likewise, the Sangharshi Yodhas who were under imprisonment for three months to six months would be given financial assistance of Rs.1500/- per month and Rs.2000/- per month for those who were imprisoned for more than six months. It was also decided that Sangharshi Yodhas would be required to submit the Jail certificate or two co-prisoners certificates for the purpose of proof. These certificates could be given by that person only who has a solid proof about his own imprisonment. The Panchayat in rural areas and Municipal committee in urban areas can also give in writing after unanimous approval, the time spent by Sangharshi Yodha in prison due to participation in Morchas. Apart from this, those Sangharshi Yodha who were beneficiaries in the past their pensions have also been restored.

Keeping in view the administrative exigencies, the Cabinet also gave ex-post facto approval to revive and fill up 25 posts of Punjab Civil Service (Executive Branch) for direct recruitment as well as of various registers.

The Cabinet also gave ex-post facto approval to the appointment of Mr. Manjinder Singh Sirsa as Advisor to Deputy Chief Minister in the rank of State Minister.

The Cabinet also gave go ahead to formulate a new policy for regularization of Plots/Buildings located in the unauthorized colonies in the State by promulgation of ‘The Punjab Laws (Special Provisions) Ordinance, 2016. Pertinently to mention here, in order to provide civic amenities to the plot holders and bringing the unauthorized colonies under the planning framework, with a motive to regularize the unauthorized colonies, ‘The Punjab Laws (Special Provisions) Act, 2013 was enacted by the Punjab Government. The aforesaid Act came into force w.e.f. April 17, 2013 for a period of one year up to April 16, 2014. Subsequently, ‘The Punjab Laws (Special Provisions) Amendment Act, 2014’ was further enacted on February 6, 2015 for another one year, which has also been expired on February 5, 2016. As many as 4,39,902 applications have been received by different authorities for per an estimate regularization of unauthorized buildings/plots and unauthorized colonies. Keeping in view the pendency of applications in the Departments of Housing & Urban Development and Local Government and people living out of State and the NRIs, who could not submit their applications to the concerned authorities within stipulated timeframe during the tenure of aforementioned Acts, thus the Cabinet gave approval for promulgation of ‘The Punjab Laws (Special Provisions) Ordinance, 2016 for a period of six month from the date of its commencement.

The Cabinet also approved the amendment of section 3(1)d and 3(2A) The Punjab Good Conduct Prisoners (Temporary Release) Amendment Act, 2015 (Punjab Act No.1 of 2016)”. Under the amended Section 3 (1) d the definition of “sufficient cause” for grant of parole would include critical condition of any member of the family on account of illness, repair/renovation of houses and agriculture & allied activities. Likewise, amendment in Section 3 (2A) envisages temporary release could be availed by a prisoner either on quarterly basis or half yearly basis in a calendar year (instead of only quarterly basis), which could also be availed partly on quarterly basis and partly on half yearly basis on the option of Prisoner.

The Cabinet also accorded approval for withdrawal of The Prisons (Punjab Amendment) Bill 2011, as the Punjab government had already approved The Prisons (Punjab Amendment) Bill 2013 and subsequently with the approval of Vidhan Sabha the said Bill has been converted into Act. In light of these circumstances, consent to withdraw 2011 Bill has been given.

The Cabinet also approved the creation of corpus of Rs.10 crore for the upkeep and maintenance besides to meet day to day administrative expenses of Punjab State War Heroes Memorial and Museum, Amritsar. This amount would be invested in a Bank and maintained as corpus. Expenditure such as wages of employees and daily requirements of museum would be met out from the interest received. It may be recalled that this project is spread over 8 Acre 03 Kanal and 14 Marlas. The Museum having 8 historical galleries in which heroes of the Punjab State from the days of Alexander the Great up to the Kargil War have been displayed. The 45 meters high Sword has been installed in the Central vista of the Museum which has been fabricated by the world famous sculpturor Mr. Ram Sutar. The Museum would be dedicated to the nation on October 23, 2016.

The Cabinet also gave nod to treat any of these documents i.e., voter card, electoral roll, ration card/Aadhar card, matriculation certificate and birth certificate issued by the Registrar of Births & Deaths as an evidence for the purpose of verification of age of the applicant for the approval of pension/financial assistance under old age pension and other financial assistance schemes.

The Cabinet also approved to fill 100 direct quota vacancies of Sub Divisional Officers in Irrigation Department through single stage examination from IIT, Rurki University or any other reputed organization. Likewise, the Cabinet also decided to recruit 1227 Patwaris in the Revenue department through Guru Nanak Dev University, Amritsar. These vacancies would be filled in three consecutive years, 50% in the first year and 25% each in the remaining two years.

The Cabinet also gave approval to entrust the work of recruitment process of 121 posts of Civil Judge (Junior Division)-cum-Judicial Magistrate to the Punjab and Haryana High Court, by taking these posts out of the preview of Punjab Public Service Commission, Patiala.

The Cabinet also decided to enhance the frequency of free buses for pilgrimage to Sri Darbar Sahib (Amritsar), Anandpur Sahib, Chintpurni (Himachal Pradesh) and Salasar (Rajasthan) for the devotees under Mukh Mantri Tirath Darshan Yatra Scheme. It was also decided to create a special post of one supervisor and two assistants to be filled up through a outsource agency to ensure the smooth operation of Mukh Mantri Tirath Darshan Yatra Scheme.

In order to extend far better police services to the people residing in the rural areas, the Cabinet also cleared the proposal of Home department to recruit 4,000 constables and 750 constable drivers under Rapid Rural Police Response Scheme (RRPRS) after taking these posts out of the purview of Punjab Subordinate Services Selection Board.

Likewise, the Cabinet also decided to abolish 75 posts of ASIs and 12 posts of operators in the Information Technology & Telecommunication Wing and create 8 new posts of DSPs and 67 Inspectors (operators). Similarly, the Cabinet also gave approval to create 730 posts of ASIs and 100 Inspectors in Punjab Armed Police thereby abolishing 1086 posts of constables. These decisions would not entail any sort of financial burden on the state exchequer.

In another significant decision, the Cabinet also approved the creation of 4425 additional posts including ADCP/SP, ACP/DSP, Inspector, SI, ASI, Head Constable and Constable to provide best and efficient security services to the people in Ludhiana, Amritsar and SAS Nagar (Mohali) which are the famous business, religious and industrial centres. These posts would be filled directly by the departmental selection committee after taking out these posts from the purview of Punjab Subordinate Selection Service Board.

The Cabinet also gave in-principle approval for the creation of 5249 posts to establish a separate cadre of Bureau of Investigation. The Home department has been asked to work out modalities for the recruitment of these police personnel under various categories.

The Cabinet also approved relaxation in the age of four police officials of CISF, BSF and CRPF already on deputation with Punjab Police and deployed in the Security Wing of Chief Minister and Deputy Chief Minister. Therefore, the relaxation in age was necessitated to recruit these officials in the Special Protection Unit.

The Cabinet also approved the amendment to Appendix ‘B’ of Punjab Intelligence Cadre (Group-C) Service Rules, 2015 for the direct recruitment of Sub Inspectors and Constables. The said amendment stipulates the candidate should be a graduate from recognized University and additionally posses a Computer Information Technology ‘O’- level Certificate from Department for Electronics Accreditation of Computer Course (DOEACC) or National Institute of Electronics and Information Technology (NIELIT) or should posses a B.Sc/B.Tech/BE degree in Information Technology, Computer Science, Information Systems, BCA degree, PGDCA degree of Government of India or an equivalent certificate from any recognized Board or University of the Central or State government.

Keeping in view the inconvenience faced by general public of Majitha area, the Cabinet also decided to upgrade Sub Tehsil Majitha to Sub Division/Tehsil at Majitha. At present, Majitha falls in district Amritsar and its residents have to visit Sub Division/Tehsil office situated at Amritsar for their revenue related works.

The Cabinet also gave approval to amend the Marriage Palace policy so as to remove the hardships faced by the owners besides ensuring facilities of adequate security and parking lot for the general public converging there on the social functions.

The Cabinet also gave approval to amend the Punjab State Commission for Scheduled Castes Act, 2004 to enhance the strength of non-official members from three to 10 in the Commission to safeguard the interests of the vast scheduled caste population. The Senior Vice Chairman and the Vice Chairman would be appointed from amongst these non-official members. It may be recalled that according to Census, 2011 the total population of Punjab is 277.43 lac in which the population of Scheduled Castes is 88.60 lac which constitutes 31.94% of the total population.

The Cabinet also approved the draft policies for the development of Iconic Buildings, compounding of the unauthorized construction within Municipal Limits, Village Lal Lakir, Cantonment Board, Urban Estates, Government authorized colonies and outside the Focal Points.

The Cabinet also okayed to go ahead with the proposed conversion policy for industrial plots laying within the Industrial Focal Points/Industrial Estates/Industrial Parks to non-industrial purposes. 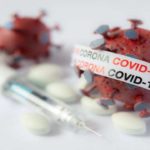 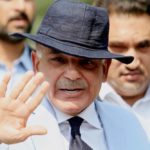 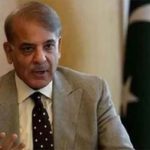