Nearly a dozen Indian-Americans, some of them part of the so-called ‘Samosa Caucus’, have emerged as strong contenders for Tuesday’s high-profile US mid-term polls taking place at a time when the anti-immigrant sentiment is at its peak in the country.

The emergence of a large number of young Indian-Americans reflects the growing desire of this small ethnic community comprising just one per cent of the US population of 32.57 crores.

“It has been incredible to see the rise of Indian-Americans in US politics,” Rich Verma, the former US ambassador to India, said.

This election could be transformational – sending a number of new members into the House of Representatives and state legislatures as well observed Verma, who has campaigned for several of the Indian-Americans running for offices.

All the four Indian-American lawmakers in the present House of Representatives are expected to easily sail through on Tuesday’s midterm polls.

The four incumbents are joined by seven other Indian-Americans on the ballot for the House of Representatives.

The mid-term elections will take place in the middle of President Donald Trump’s four-year term. All 435 seats in the US House of Representatives and 35 of the 100 seats in the US Senate will be up for grabs.

About 39 state and territorial governorships and numerous other state and local elections will also be contested.

Successful entrepreneur Shiv Ayyadurai is the sole Indian-American to be running for Senate. He has pitched himself as an independent against the powerful Elizabeth Warren – a potential Democratic presidential candidate – for the Senate seat in Massachusetts.

But they are not all. According to some unofficial estimates, more than 100 Indian-Americans are running for various elected offices across the country.

“This year, nearly 100 Indian-Americans ran for office in all levels of government, including some who could flip House seats from red to blue,” said John Santos, spokesperson AAPI media of Democratic National Committee.

These candidates have put districts in play that Trump won because they are talking about the issues that matter to voters, like protecting access to quality and affordable health care and investing in higher education, Santos said.

“The DNC is proud to have the backs of Indian-American candidates running up and down the ticket who are working hard to engage diverse constituencies and expand participation of communities who often feel ignored and left behind,” the spokesperson said.

“From Arizona to Texas, Ohio, Michigan and beyond – we have a great slate of Indian-American candidates. I hope that our number (in the Congress) increases,” Congressman Raja Krishnamoorthi told PTI in an interview.

Krishnamoorthy, who has raised more than USD 5 million, according to latest figures of the Federal Election Commission, had coined the term “Samosa Caucus”, the unofficial group of five Indian-Americans in the current Congress.

When Bera was elected for the Congress for the first time six years ago, he had hoped that in a decade, the number of Indian-Americans would be in double digit.

If ‘Desis for Progress’ are to be believed, the community is moving in that direction. At least three of the Indian-Americans are locked up in toss-up races – Tipirneni, Kulkarni and Pureval.

NBC News this week also listed out the three Indian-Americans as the ones who could make a difference in their races.

Verma feels the only way to give the Indian-American candidates a chance to serve is to get out and vote.

“The stakes are so high. This is the most important election of my lifetime,” Verma said.

The former American diplomat said he was disappointed and concerned at the “racist, anti-immigrant” closing argument of President Donald Trump and thinks fearmongering should concern all Americans, particularly immigrants.

“We have to stand up and be heard at the ballot box so we can stamp out the fear and hate, and prop up the terrific crop of candidates who have shown the courage to run and who are running on a very positive, inclusive and pro-growth agenda,” he said.

Krishnamoorthi echoed Verma, saying it all starts with voters getting out and making sure that their voice is heard on the election day.

“I want to see a greater number (of Indian-Americans for elected office) and I’d like to see them happen across the geographic landscape,” he said.

The high-stakes midterm elections are being held at a time when many Republican candidates have been echoing President Trump’s message of boosting border security and cracking down on illegal immigration.

Trump recently said he will cut aid to 3 Central American countries for their failure to stop a migrant caravan of thousands of people from moving towards the US with the aim to enter America illegally.

The Trump administration has also threatened to reform the H-1B foreign workers’ visa programme which will be part of skills- and merit-based legal immigration system. PTI 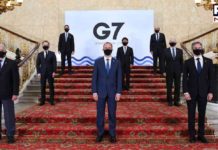 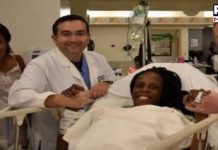 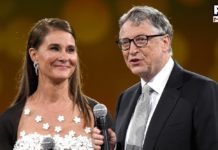 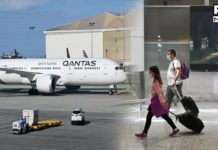 Coronavirus: Australians to face 5-year jail or heavy fine if they return from India 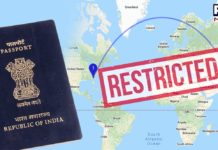 Travel from India to the US will be restricted from May 4: White House 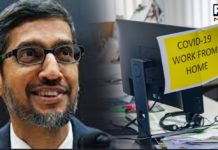 Google saved a whopping $1 billion in 2020 due to work from home, offices may open soon