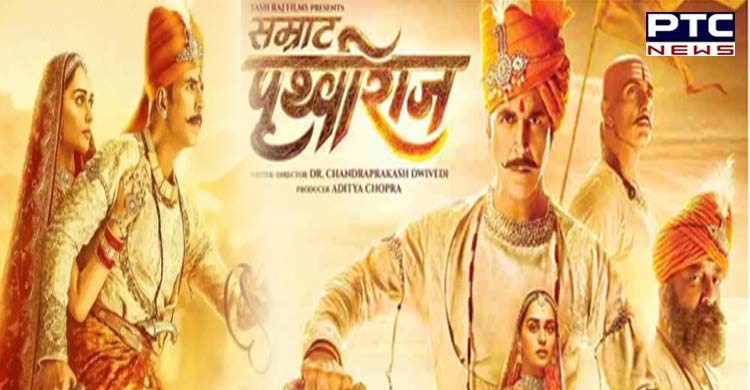 New Delhi, June 3: After Akshay Kumar starrer 'Samrat Prithviraj' was declared tax-free in Uttarakhand, Uttar Pradesh and Madhya Pradesh, netizens have been demanding the film based on the life of the fearless and mighty King Prithviraj Chauhan to be given similar status in Rajasthan as many consider the glorious Samrat hailed from the desert-state.

In Yash Raj Films' first historical movie, Akshay Kumar portrays the 12th-century legendary warrior who fought valiantly to protect India from the merciless invader Muhammad Ghori. The film was released in theatres in the country on Friday.

After the release of the film, a user on Twitter said, "Rajasthan govt can make #Prithviraj tax free. Not sure but hopefully it happens so that every Indian can know about the life of Hindu Samrat."

Another user wrote, "Samrat Prithviraj Chauhan movie should be declared as tax-free in Rajasthan."

A BJP MLA from Ajmer North, Vasudev Devnani, also joined the netizens in urging the Rajasthan government to declare the movie tax-free, saying that the period drama will invoke a spirit of love for our motherland.

"Rajasthan should also declare it tax-free. The film that is based on the glorious and mighty Samrat Prithviraj Chauhan, played by Akshay Kumar, has been made tax-free in UP and Madhya Pradesh so that as many youths of our country can see the film and invoke a spirit of love for our motherland."

The film has been directed by Chandraprakash Dwivedi who is best known for directing the television epic Chanakya and the critically acclaimed film 'Pinjar.'

The film also features Sanjay Dutt and Sonu Sood. 'Samrat Prithviraj' has been released in Hindi, Tamil and Telugu languages.