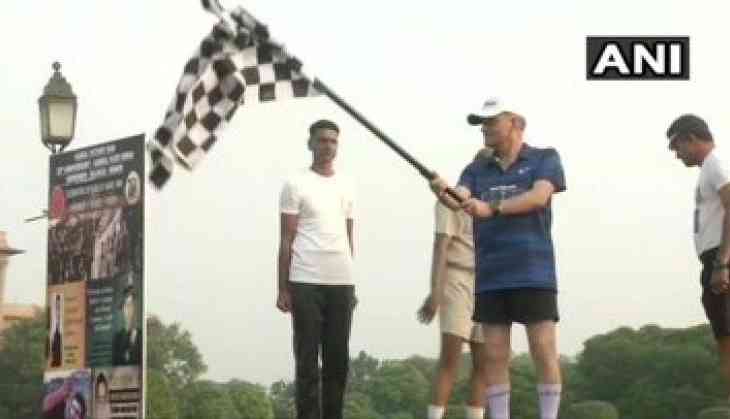 The Kargil 'victory run' was flagged off by Lieutenant-General Ashwani Kumar from Vijay Chowk on Sunday morning.

The 'victory run' is organised as a part of the Kargil Vijay Diwas celebration program. Civilians and schoolchildren participated in the run which concluded at India Gate. 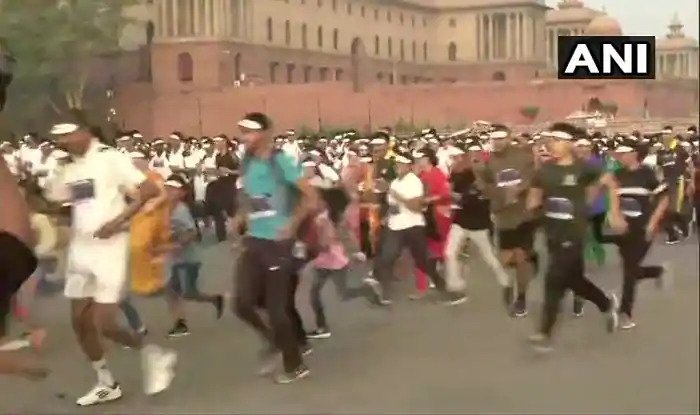 On July 20, the 'Victory flame' reached Manali town. The flame was lit by Defence Minister Rajnath Singh on July 14 at the National War Memorial in Delhi.

The flame will reach Kargil on July 26, to commemorate India's victory over Pakistan in the Kargil conflict, after crossing through Rohtang la Bara-lacha la, Naki la, Lachulung la and Tanglang la.

The flame will traverse through 11 towns and cities to finally culminate at Drass where it will be merged with the eternal flame at the Kargil War Memorial.

Yesterday, Rajnath Singh reached the Kargil War Memorial in Drass to pay tributes to soldiers who laid down their lives in the battle of 1999.

Singh's visit comes ahead of the 20th anniversary of the Kargil War, on July 26, to commemorate India's victory in the Kargil war. (ANI)