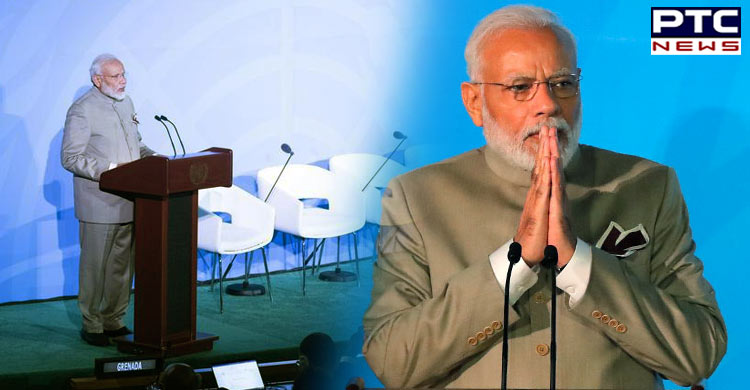 At the UNSG summit on climate change in New York, Prime Minister Narendra Modi emphasized the need for action to ensure sustainable development. Addressing the gathering, he said, "We believe that an ounce of practice is worth more than a ton of preaching. The time for talking is over, the world needs to act now.”

Elaborating on India’s achievements in the field, he said, "We have provided clean cooking gas connections to millions of families. We have started 'Jal Jeevan' mission for water resource development, water conservation and rainwater harvesting." The Prime Minister also called for international action to stop the use of single use plastic. “On India's Independence Day this year, we called for a mass movement for freedom from single use plastic. I hope this will raise awareness against single use plastic on a global level.”

This year, the United Nations chose Climate Action for Peace as the theme for World Peace Day, 2019. Earlier, the Prime Minister addressed the Indian community at the Howdy Modi event in Houston, Texas, where he raised his voice against terrorism and countries that support terrorists. PM Modi is in United States for a week-long visit. He is scheduled to meet US President Donald Trump on Tuesday.