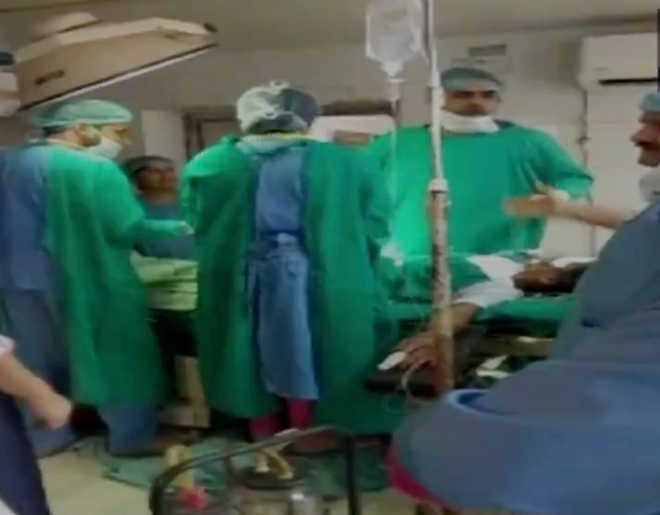 The child's pulse rate kept falling as the two doctors entered into a verbal spat inside the operation theatre.

The incident took place at the Umaid Women and Children Hospital, Jodhpur yesterday when gynecologist Ashok Nainwal and anesthetist M L Tak entered into a verbal spat over checking the heartbeat of the child, said Amilal Bhat, principal of the S N Medical College, who runs the hospital.

The woman, Anita, was admitted to the hospital on Tuesday morning. She was taken to the labour room, after checkup she was immediate sent for a cesarean delivery.

The incident vent viral after somebody present in the delivery room made a video.

“An inquiry committee has been constituted to probe the matter,” Bhat said.

Dr Amitlal Bhaat, principal of Dr SN Medical College, which runs the hospital, said it was to be ascertained if the newborn’s death was because of the quarrel between two doctors leading to the delay. The cause of death is intense birth asphyxia.