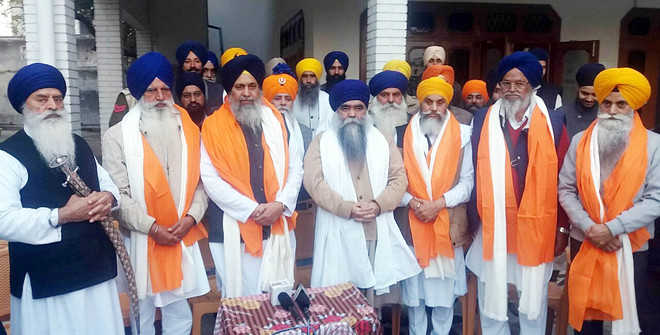 Newly elected SGPC president Gobind Singh Longowal said here today that efforts would be made to bring back “disillusioned” Sikhs who had shifted loyalties to Dera Sacha Sauda.

“Various controversies, especially the dera episode, have led to resentment among Sikhs. Our endeavour would be to win over the disgruntled people and bring them back to the mainstream. We are meeting representatives of Sant Samaj and other organisations to know their opinion” he added.

He suggested that the SGPC should take up the early release of Sikh political prisoners languishing in jails despite the completion of their sentence.

It will also seek punishment for those responsible for violating human rights post 1980 by killing innocent Sikh youth and at the same time make efforts at the national level to bring justice to victims of the 1984 riots; and resolve issues pertaining to ‘dharmi faujis’.