Nirav Modi was arrested in London on Wednesday. The court denied bail and remanded the fugitive in custody till March 29. The court said that there were “substantial grounds” to believe that he would fail to surrender if granted bail.

One of the main accused in the $2 billion PNB scam case, Nirav Modi was arrested on behalf of the Indian authorities in Helborn. Last week, the UK court had issued an arrest warrant against Nirav Modi. It took cognizance of the sanction granted by the UK home secretary on India’s request to extradite the jeweller.

Nirav Modi was produced in the Westminster Magistrates’ Court. He contested his extradition to India. District Judge, Marie Mallon denied him bail plea because of the high amount attached to the allegations against him. The Crown Prosecution Service (CPS), representing the Indian authorities, told the court that Modi was wanted in India for fraud and money laundering. 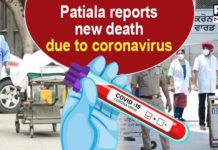