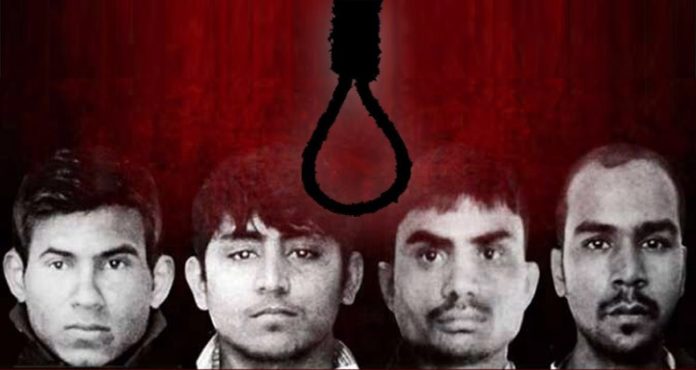 Nirbhaya Case: Supreme Court on Thursday dismissed the curative petition of Akshay Kumar Singh, one of the convicts in Delhi Nirbhaya case. In another development, lawyer of the convicts, AP Singh, moved a plea in Delhi’s Patiala House Court seeking a stay on the date of the execution, which is scheduled to be held on February 1.

Likewise, lawyer AP Singh has claimed in the plea that according to the Delhi Prison rules, none of the four convicts in the same crime can be hanged till the last convict has exhausted all his legal options including the mercy petition.

Meanwhile, Supreme Court’s five-judge bench, headed by Justice NV Ramana, will hear the curative petition of one of the convicts, Akshay, on Thursday seeking commutation of his death sentence to life imprisonment.

Also, one of the four convicts, Vinay Sharma, in the Nirbhaya case filed a mercy petition on Wednesday with the President Ram Nath Kovind. Following this, the Tihar Jail authorities might postpone the hanging of all the four convicts.

No merit in the contention, says SC while dismissing the petition of Nirbhaya convict Mukesh

On January 29, Supreme Court rejected Mukesh’s petition in which he had challenged the dismissal of his mercy petition by the President Ram Nath Kovind. Meanwhile, the fourth convict Pawan Gupta is yet to file his curative petition.

As per 2014 Supreme Court judgement, a death convict must get 14 days to be prepare for hanging and compete for other formalities after th rejection of his mercy petition by the President.