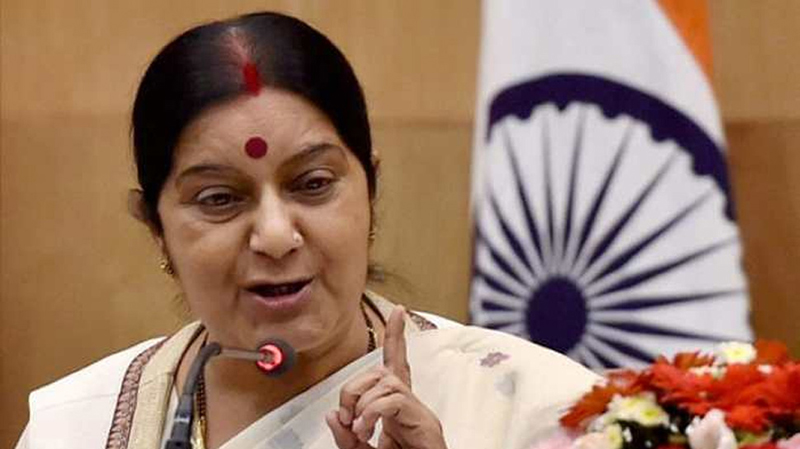 PTC News Digital Team
No compromise on security on passport application mobile app says Swaraj
There has been no compromise on security aspects with regard to passport applications through the new mobile app and any attempt to get fake passports made from cyber cafes will be rejected, External Affairs Minister Sushma Swaraj said today.
Replying to a query during Question Hour in the Rajya Sabha, Swaraj said "all security measures" were being followed and once the data centre recieves the application, it will be automatically deleted from the sender's mobile.
Likewise, the data centre automatically rejects fake applications filed through cyber cafes etc, she said, adding that all security measures which are adhered to in advanced nations were being followed here.
The External Affairs Ministry's passport seva moble application, which allows users to apply for a travel document from anywhere in the country, has registered one million downloads in just two days of its launch on June 26.
External Affairs Minister Swaraj had launched the application, available in Android and IOS platforms, on June 26 with facilities for applying, paying and scheduling appointments to acquire a passport.
It was launched along with a scheme under which a person can apply for passport from anywhere in India, irrespective of the place of residence.
With the launch of the 'mPassport Seva App', a person now does not require access a computer and printer to apply for a passport.
In reply to a related query, Swaraj admitted that there was staff shortage but said this has never come in the way of passport services, even with applications growing manifold.
She said a huge number of 67,500 applications were recieved after the launch of the mobile app.
The Minister also said that rules have been simplified for passports by striking off impractical, irrelevant and unnecessary questions and the process has been streamlined.
Elaborating, she asked "how can an orphan tell his or her date of birth" and added that a provision has been made that the date of birth provided by the incharge of an orphanage will be considered the birth date.
In reply to another query, Swaraj admitted that the quality of passport for Members of Parliament was bad and now, after studying the passports of other nations, the best quality covers are used for printing at Nasik so that the passports are not damaged.
Replying to a supplementary regarding a passport for a woman who had an inter-faith marriage, Swaraj said that a passport has been issued to her.