No question of India getting into stagflation or recession: Sitharaman in Lok Sabha 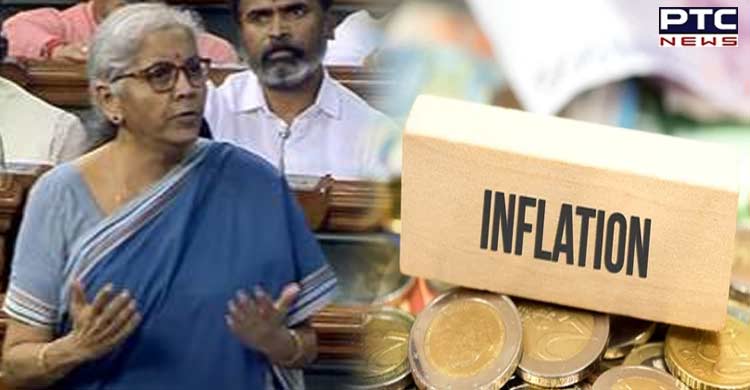 New Delhi, August 1: Union Finance Minister Nirmala Sitharaman said on Monday that there is no chance of India suffering stagflation or recession like other major economies across the world, despite the Covid-19 pandemic and the geopolitical situation.

In her response to the debate on price rise at the Lok Sabha, the Finance Minister said, "We have never seen a pandemic of this kind. All of us were trying to make sure that people in our constituencies are given extra help. I recognise that everybody -MPs and state governments have played their role. Otherwise, India would not be where it is compared to the rest of the world." "So, I fully credit the people of India for this. Even against adversity, we are able to stand up and be recognised as the fastest growing economy."

Sitharaman further emphasised that due to the measures taken by the government, India is in a much better position than most countries.

Referring to a survey, the cabinet minister said there is zero possibility of India getting into recession.

She further said the Gross Domestic Product (GDP) of the US fell 0.9% in the second quarter following a 1.6% decline in the first quarter. "They start it calling an unofficial recession. There is no question of India getting into recession or stagflation," she added.

"Pandemic, second wave, Omicron, Russia-Ukraine (war), even today largest supply components in China are under lockdown. In spite of that, we have held inflation well within 7 per cent or below. That has to be recognised," the Minister told Lok Sabha.

"4,000 banks in China are reported to be going bankrupt. In India, the gross NPAs (Non-Performing Assets) of scheduled commercial banks is at a 5-years low of 5.9 per cent in 2022. So our NPAs are improving. The government debt to GDP Ratio of many countries is in triple digits including Japan, Greece, Bhutan, Singapore, the US, Portugal, Spain, France, Sri Lanka and Canada. But the central government very consciously controlled its debt and it is at 56.29 per cent of the GDP at the end of 2021-22 compared to the 59.9 per cent revised estimate that year," she added.

According to IMF data, the Finance Minister said the general debt to GDP ratio is 86.9 per cent including the Centre and the state.

The country earned 1.49 lakh crore in July 2022, the second-highest amount ever since the introduction of the GST, according to the Minister.

"In April 2022, it was 1.67 lakh crore which was the highest we reached. This is the fifth consecutive month that collections have been above Rs 1.4 Lakh crores," she stated.

She cited Raghuram Rajan, a former governor of the Reserve Bank of India (RBI), and said, "On Saturday, Raghuram Rajan said that 'RBI has done a good job in increasing foreign exchange reserve in India, insulating India from problems being faced by neighbouring countries such as Pakistan and Sri Lanka."

Amid Sitharaman's response to the debate on price rise, Congress members walk out of Lok Sabha.