Odisha Hockey Men’s World Cup:Malaysia comes from behind to hold Pakistan to 1-1 draw

A brilliant penalty corner conversion five minutes from the final whistle helped Malaysia to hold Pakistan to a 1-1 draw in the Odisha Hockey Men’s World Cup at Kalinga Stadium in Bhubaneswar on Wednesday. With this drawn game, both Malaysia and Pakistan lodged their first point each after two games. 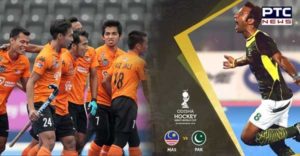 Faizal Saari, who scored the match equalizer for Malaysia was declared man of the match.

By the time the game was four minutes old, both Malaysia and Pakistan had wasted two penalty corners each. After a barren first half, it was expected that game would pick up pace and the goalless deadlock would be broken. 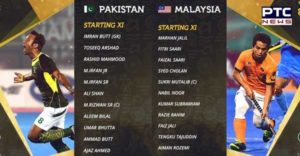 Lack luster hockey continued in the third quarter as Malaysia missed three more penalty corners against two by Pakistan in the third quarter. Since some of the earlier pool games, including Australia vs England and today Germany vs Netherlands, had throbbing and high scoring fourth and final quarter, same was expected of this last pool match of round 2. 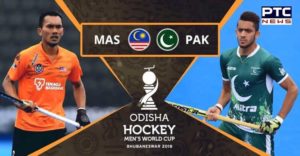 Yes it did. Goals were scored but not enough to break the tie. While Mohammad Atiq scored the first goal of the match in a brilliant interception of a pass in the middle of the circle, Malaysia first lost a penalty corner to a Video Referral and won another, its sixth, to restore parity. It was Faizal Saari who found the roof of the net with a spectacular flick.

Pakistan and Malaysia have a long hockey history. Though Pakistan has an impressive record but of late Malaysia has shown some good results, including a silver medal in Asian Games in 2018.