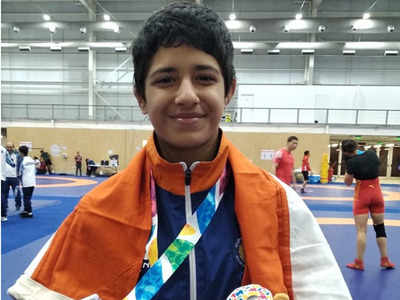 Seventeen-year-old Simran has given India its eighth medal, a silver, in the 3rd Youth Olympic Games in Buenos Aires on Saturday.

Simran, competing in 43 kg category, won all her four group bouts before losing the final to Emily Shilson of the United States on points.

Simran won the fifth Silver medal for India.Besides, India has won three gold medals in the Games so far.