Meeting of heads of political parties begins in Parliament, under chairmanship of PM Narendra Modi. pic.twitter.com/clcDjy30KB

Narendra Modi chairs an All-Party meeting to deliberate the issue of One Nation One Poll. PM Modi invited the presidents of all political parties which have representatives in Lok Sabha and Rajya Sabha of the meeting. 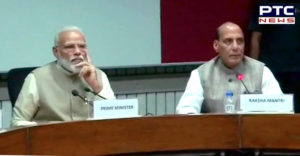 PM Narendra Modi and Defence Minister Rajnath Singh at All-Party MeetingThe meeting came up after the massive victory of BJP-led NDA government in Lok Sabha Elections 2019. PM Modi after taking oath as Prime Minister, has embarked on taking some bold steps to modify the country’s politics within the weeks. 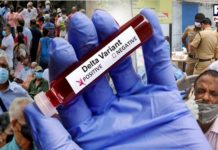