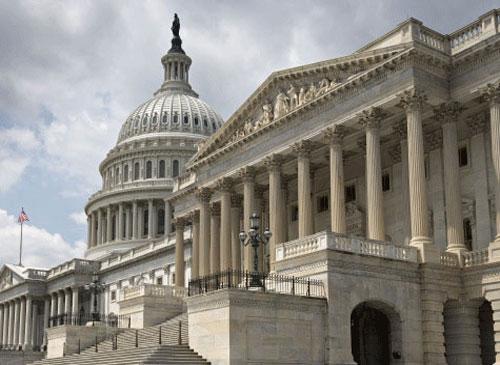 Washington: Over 100 US lawmakers have asked India to give a "temporary reprieve" to an American donor NGO until a more permanent solution can be found under the Indian laws for the Christian organisation to function.

Compassion International is said to be shutting down its India operations after it was put under 'prior permission category' in May last year. When a donor organisation is put under this category, it is barred from funding any Indian NGO without the government's approval.
In December, the Home Ministry said it was unlikely to reconsider the decision, notwithstanding appeals by American authorities. The reports of the shutdown came amid allegations that the charity was engaging in religious conversion.

Led by Congressman Ed Royce, Chairman of the powerful House Foreign Relations Committee, and its Ranking Member Eliot Engel, as many as 107 lawmakers from both Democratic and Republican parties have signed the letter written to Home Minister Rajnath Singh.

"The Christian charity organisation would soon be forced to end its programme in India, through which it provides critical tuition, nutrition and medical services to more than 145,000 children," the letter said.

"We want to be clear with you that we expect all American entities operating within India to respect India's laws, including Compassion. Having seen the important poverty alleviation work being done by CI, it is our sincere hope that this situation can be resolved quickly by your issuing a temporary reprieve," according to the letter dated March 21.

Expressing their deep concern over the alleged lack of "transparency and consistency" in Indian government's enforcement of the Foreign Contributions Regulations Act, the letter warned that the ongoing case of Compassion International will have harmful consequences for many Indian children.

This has caused serious concern within the US Congress, the letter said. "We are writing because we believe the Ministry of Home Affairs has issued an inter-bank circular preventing all commercial banks in India from processing CI's wire transfers without prior Ministry approval," the lawmakers said.

As a result, Compassion is unable to process the funds it needs to continue, and will be forced to close its sponsorship programmes on March 15, to the detriment of the hundreds of thousands of children Compassion serves in India, the letter said.

A temporary reprieve "will allow Compassion International to process their wire transfers and keep their programmes serving the Indian people operating until a more permanent solution can be found in accord with India's laws," it said.

On March 1, Compassion International announced that it would end its India operation on March 15 after being in the country for several decades. Meanwhile, an apex body of Indian-American Christian organisations rued that shutting down the NGO would deny thousands of underprivileged children an opportunity to join the national mainstream.

The aid provided by US-based Christian charity Compassion International helps break the cycle of poverty and indignity these children have experienced, said the Federation of Indian American Christian Organizations (FIACONA).

FIACONA said he the Indian Government's decision effectively denies these children a shot at what life could offer them. Actions against Compassion International on "false charges will irrevocably affect not only the future of the children currently enrolled in their programmes but it will also affect hundreds of thousands of children who could get a life-line to escape the cycle of grinding poverty and indignity in future," said David Prasanan, a FIACONA member.