1 killed, 14 injured in a suicide attack in Nowshera 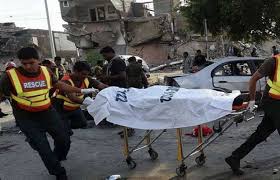 Pakistan: 1 killed, 14 injured in a suicide attack in Nowshera

In a suicide attack, one person was killed and 14 others were injured on a security forces convoy on Nowshera's Mall Road on Thursday. 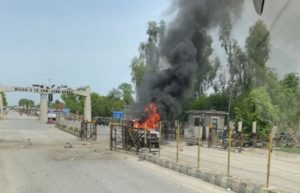 The suicide bomber was riding a bike which then rammed his two-wheeler into a Frontier Corps(FC) vehicle in northwest Pakistan on Thursday. The incident took place when the suicide bomber blew himself up near a security forces' vehicle, officials said. 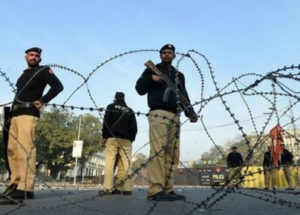 Rescue teams and security officials have reached the site of the explosion.

12 people have been shifted to Combined Military Hospital, Nowshera while two have been taken to District Headquarters Hospital. The condition of four injured was stated to be critical.