The Pakistan Army violated the ceasefire by firing on the forward posts along the Line of Control (LOC) in Poonch district of Jammu and Kashmir, on Thursday late night morning.

The Indian troops guarding the border retaliated and the exchanges were on, officials said.

Commander of the Army’s Northern Command Lt Gen. Ranbir Singh visited the forward areas along the LoC, met the field commander and reviewed the security situation and operational preparedness of the Indian troops.

The ceasefire violation had taken place in the Saedapora area, along the LoC, as the Pakistani troops opened fire at the Indian posts, they added.

The firing stopped at 5 am today, they said. 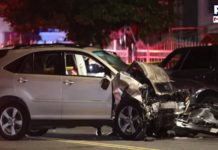