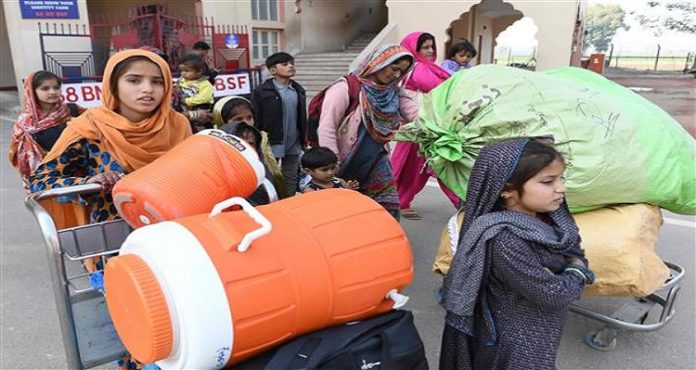 Pakistani Hindus in India: More than 200 Pakistani Hindus entered India through the Attari Wagah border on Monday, officials said. As per report, Pakistani Hindus have crossed over to India on visitor’s visa. However, some of them have claimed that they are unsafe in Pakistan and sought to get Indian citizenship under the Citizenship Amendment Act (CAA).

Delhi Sikh Gurdwara Management Committee President Manjinder Singh Sirsa received four families whom he claimed had fled Pakistan due to persecution. Meanwhile, the officials at the border claimed that the number of Hindus travelers from Pakistan through has increased significantly over the past month.

Citizenship Amendment Act has a provision to grant Indian nationality to members of Hindu, Sikh, Buddhist, Jain, Parsi and Christian communities, who have come from Pakistan, Bangladesh or Afghanistan on or before December 31, 2014, due to persecution. Among those who crossed over to India, most of the travelers belonged to Sindh and Karachi areas.

Also, some of them sought asylum in India, while some of them were travelling to Rajasthan to meet their relatives. Meanwhile, a woman said that she was not feeling safe in Pakistan. She also added that their girls feel insecure as they fear that they would be kidnapped. Also, she said that the police in Pakistan was of littler or no help.

War is the only option to settle issues with India: Pak MP

Manjinder Singh Sirsa also said that he would meet Union Home Minister Amit Shah and request him to grant them Indian citizenship.