Earth, Sun and the moon form a visual treat for India and other countries tonight!

In India, the partial lunar eclipse on the full night of August 7 begins at 10:52 pm. The enthusiasts can get a glimpse of maximum eclipse will be seen at 11:51 pm. Asia, Australia and most parts of Europe and Africa will get a sight of the lunar eclipse.

“Starting from 10.52 pm, the full moon will enter the Earth’s shadow in space and create a spectacular celestial phenomenon, which is commonly known as partial lunar eclipse. This will be the first properly visible lunar eclipse this year,” Debiprosad Duari, Director Research and Academic, MP Birla Planetarium said.

Dr Mila Mitra, scientific officer, SPACE India, said, “A partial lunar eclipse takes place when the earth moves in between the moon and the sun, but the three are not exactly aligned. Only part of the moon comes under earth’s shadow, and that part will look darker.”

The partial lunar eclipse will be visible with the naked eye. Telescopes will be set up at DLF Cyber City, Gurugram and Leisure Valley Park by SPACE India for free. If you are planning to make this lunar eclipse a special one, then this information is going to serve your purpose.

August 21 will bring back an extravagant astronomic site of total solar eclipse. The sky watchers around India will stay disappointed while it will be a treat in totality within a band across the entire contiguous United States. 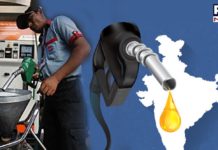 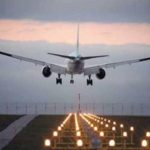