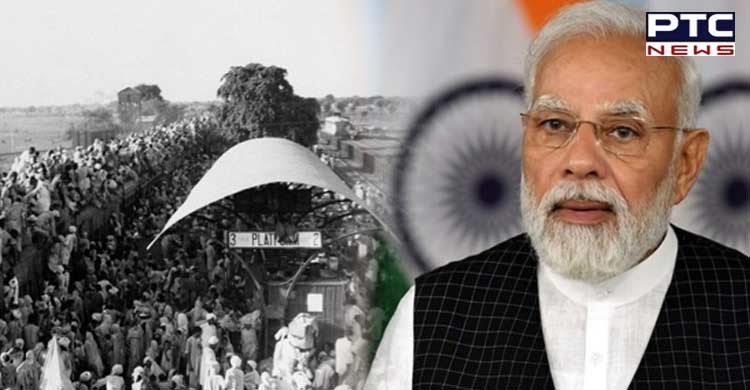 New Delhi, August 14: Prime Minister Narendra Modi paid tribute to all those who died during India's and Pakistan's partition on Sunday.

"Today, on #PartitionHorrorsRemembranceDay, I pay homage to all those who lost their lives during partition, and applaud the resilience as well as grit of all those who suffered during that tragic period of our history," PM Modi tweeted.

PM Modi announced last year that August 14 would be observed as 'Partition Horrors Remembrance Day,' to remind the nation of the sufferings and sacrifices made by Indians during the 1947 partition.

"Partition's pains can never be forgotten. Millions of our sisters and brothers were displaced and many lost their lives due to mindless hate and violence. In memory of the struggles and sacrifices of our people, August 14 will be observed as Partition Horrors Remembrance Day," the Prime Minister had said.

Last year, when discussing the government's decision to commemorate Partition Horrors Remembrance Day on August 14, Prime Minister stated, "We celebrate independence, but the pain of partition still pierces the chest of India. It is one of the greatest tragedies of the last century and to remember the people who lost their lives during the partition, to honour the pain and sufferings faced by the people of India during the partition, we have decided to celebrate Partition Horrors Remembrance Day."

"May the #PartitionHorrorsRemembranceDay keep reminding us of the need to remove the poison of social divisions, and disharmony and further strengthen the spirit of oneness, social harmony and human empowerment."