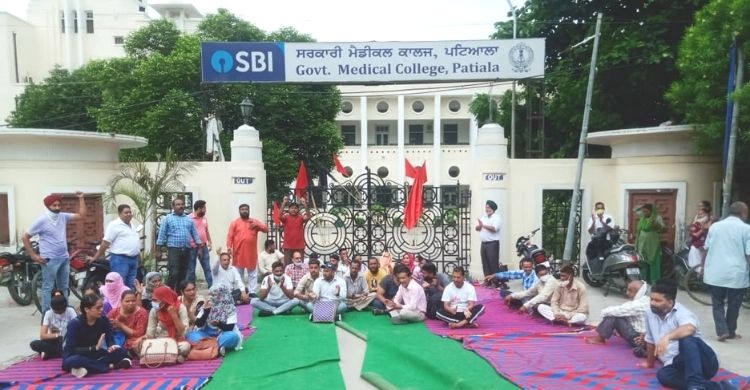 Patiala: In protest over the non-payment of their salaries for the last three months, Class 4 employees of Government Rajindra Medical College and Hospital locked the doors of the college on Tuesday.

On the other hand, the contractual workers, working in the Government Rajindra Medical College and Hospital, gave a letter to Principal Surjit Singh seeking a permanent job. 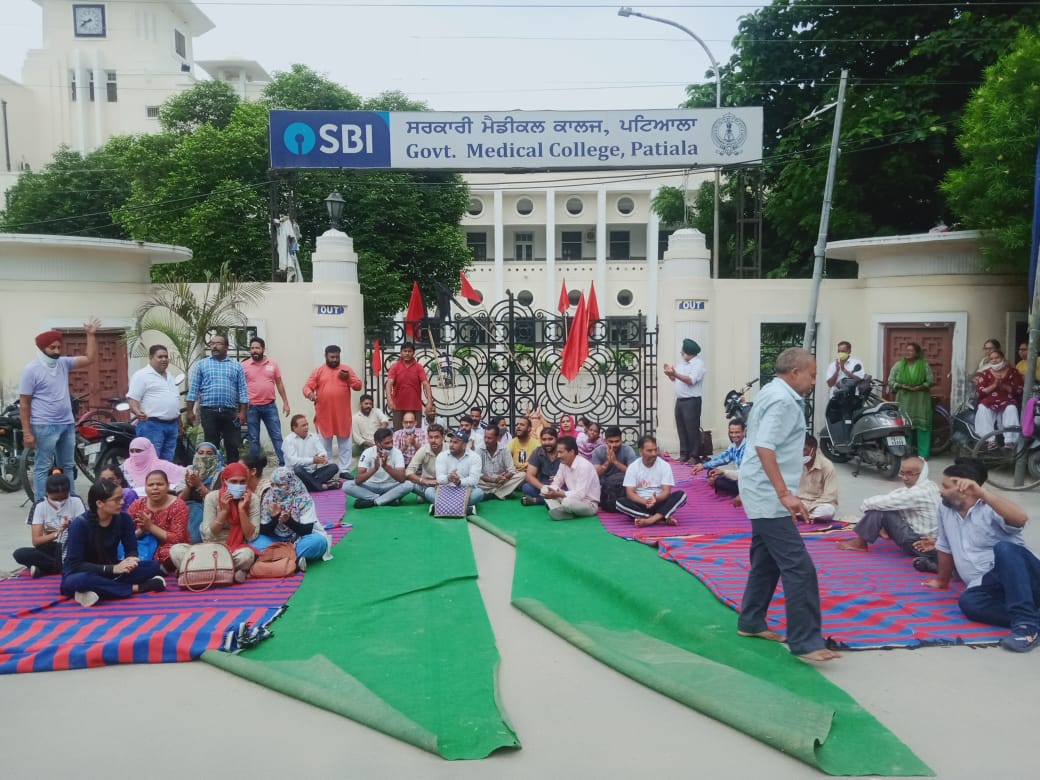 Likewise, a member Hansraj said that the Punjab government failed to fulfill the promise that it made before the Assembly elections 2017. He said that they were being exploited by the contractor as their salary was also being deducted. 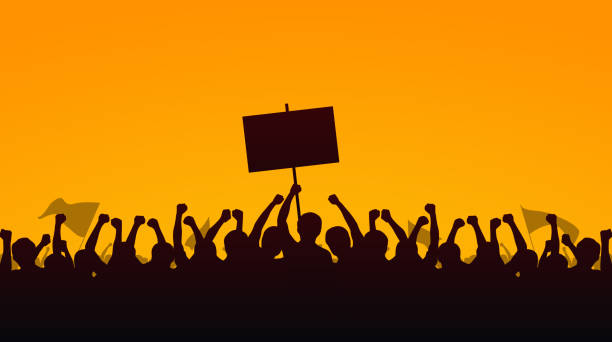 Meanwhile, the contractual employees of the Pepsu Road Transport Corporation (PRTC), Punjab Roadways, and Punbus are on strike for an indefinite period.

Currently, the Punjab government has been facing a series of protests following the implementation of the 6th pay commission in the state. 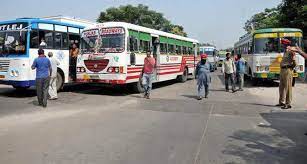 Other than Punjab roadways workers, doctors, government employees, and contractual teachers have been protesting against the government for not fulfilling the promises that it made in 2017.