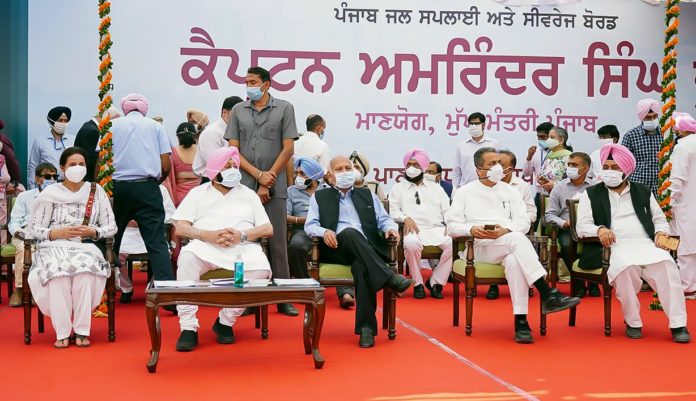 Chief Minister Captain Amarinder Singh on Sunday laid the foundation stone of Punjab’s first dedicated sports university and a bus stand, along with various other development projects in Patiala, on the auspicious occasion of Dussehra. 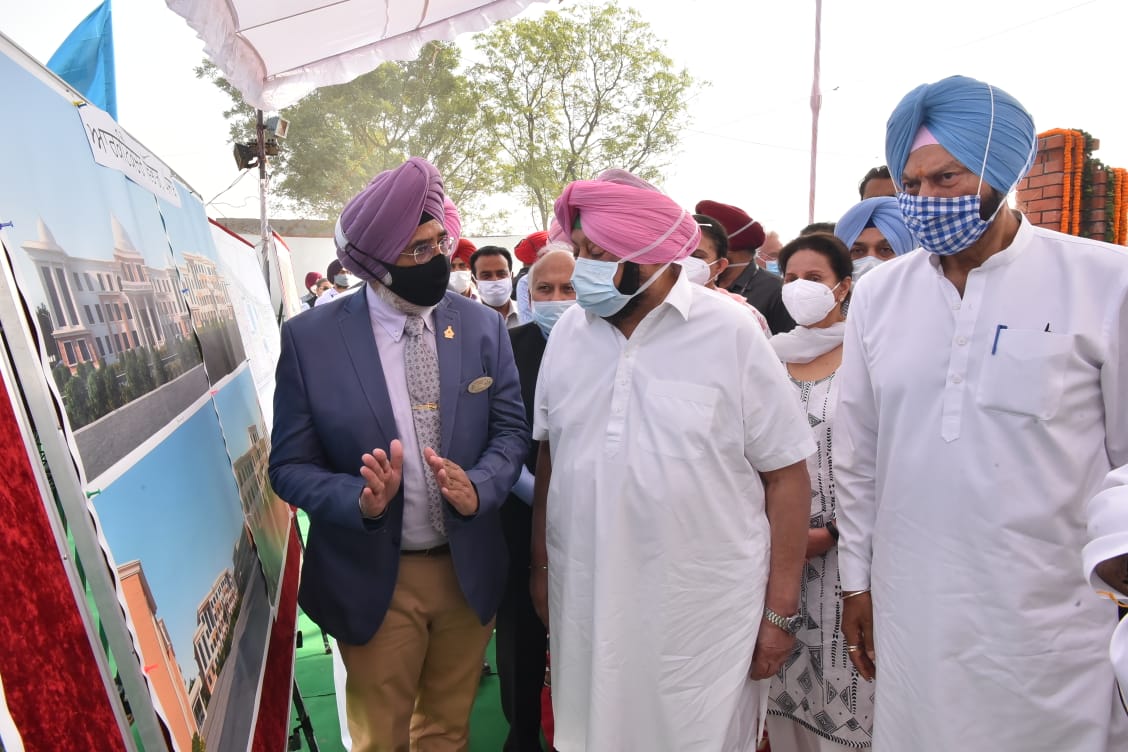 On the occasion, the Chief Minister handed over keys to few selected beneficiaries of the EWS housing scheme constructed by PDA at Haji Majra (next to the Cantonment). Of the 174 flats constructed there, 124 have been allotted today.

Captain Amarinder also urged PDA and Local Government to ensure that all of Punjab’s EWS is provided affordable housing, and said he would be personally monitoring progress of all ongoing and new projects.

The Chief Minister extended Dussehra greetings to the people of Patiala, which he said had suffered a lot due to Covid. He urged them to take all precautions amid projections of a second spoke in November-December. 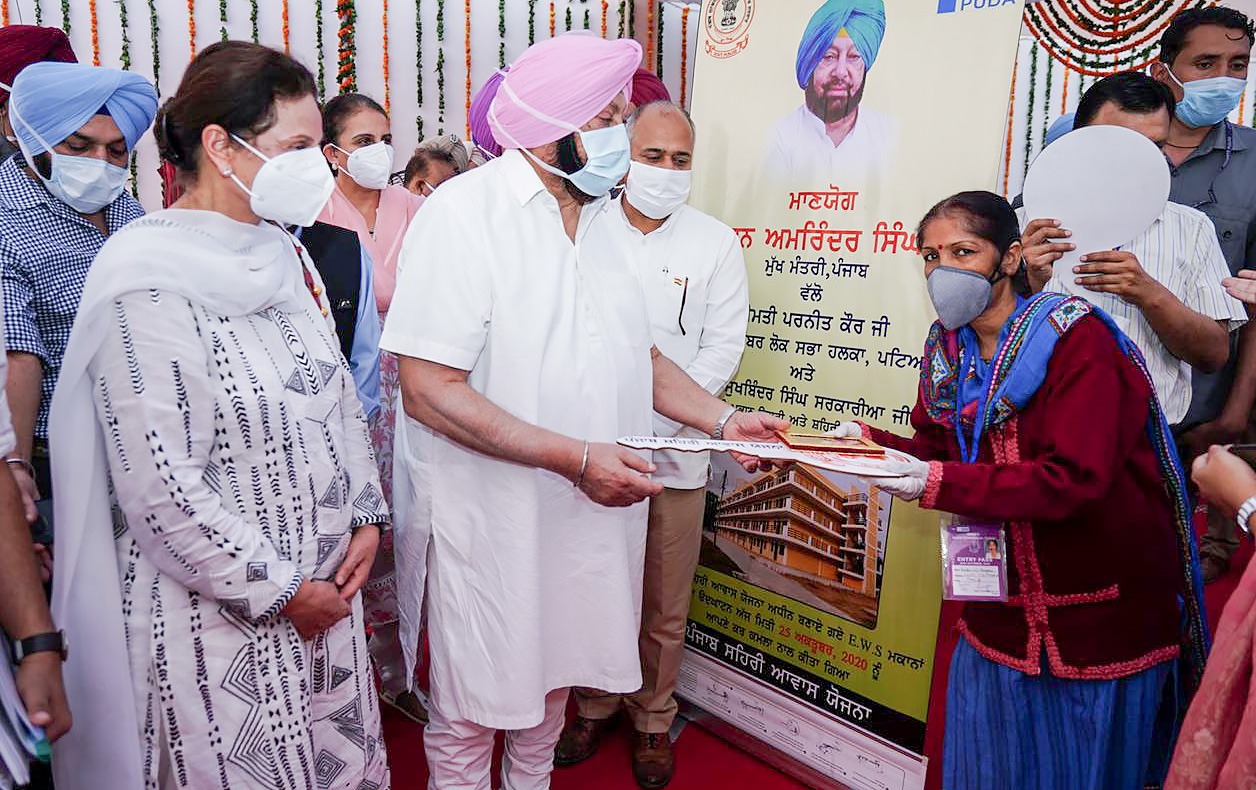 The Maharaja Bhupinder Singh Sports will be developed at a total cost of Rs 500 crore, of which Rs 60 crore will be invested in the initial phase for the development of academic and administrative blocks, boys & girls hostels, and boundary wall & internal roads in the campus. 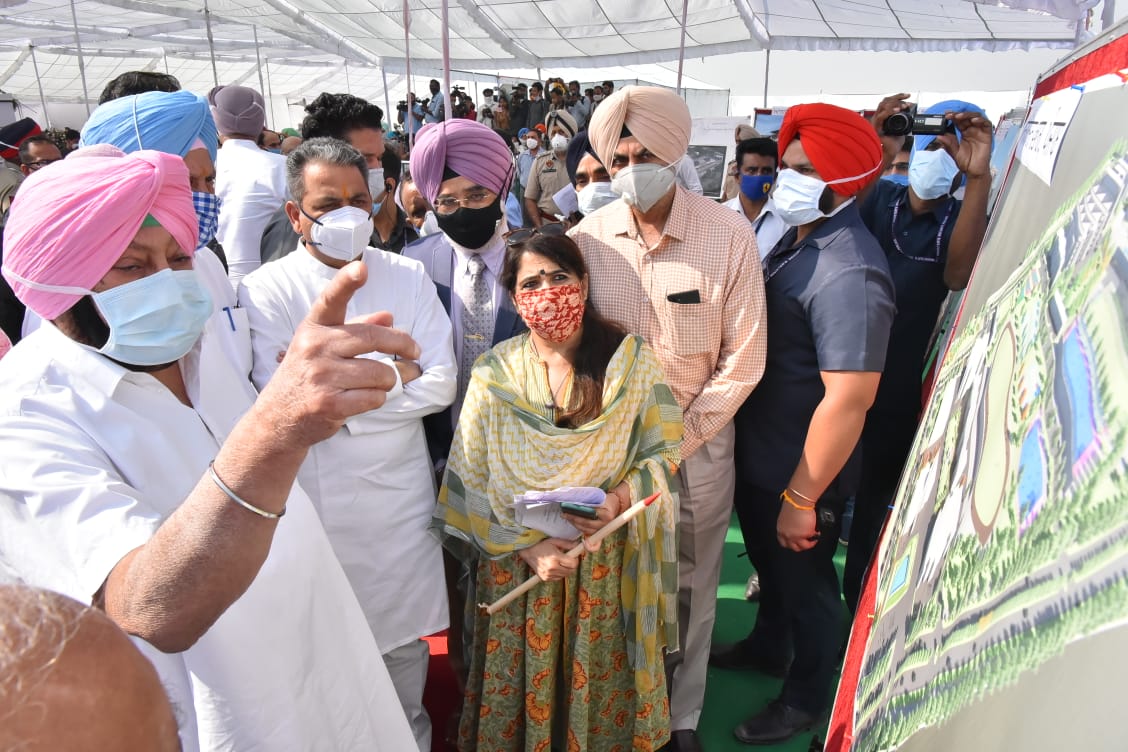 The Chief Minister recalled the contribution of his grandfather Maharaja Bhupindra Singh Ji, in whose memory the university is being established, and whose 129th birth anniversary falls today, on the occasion of Dussehra. 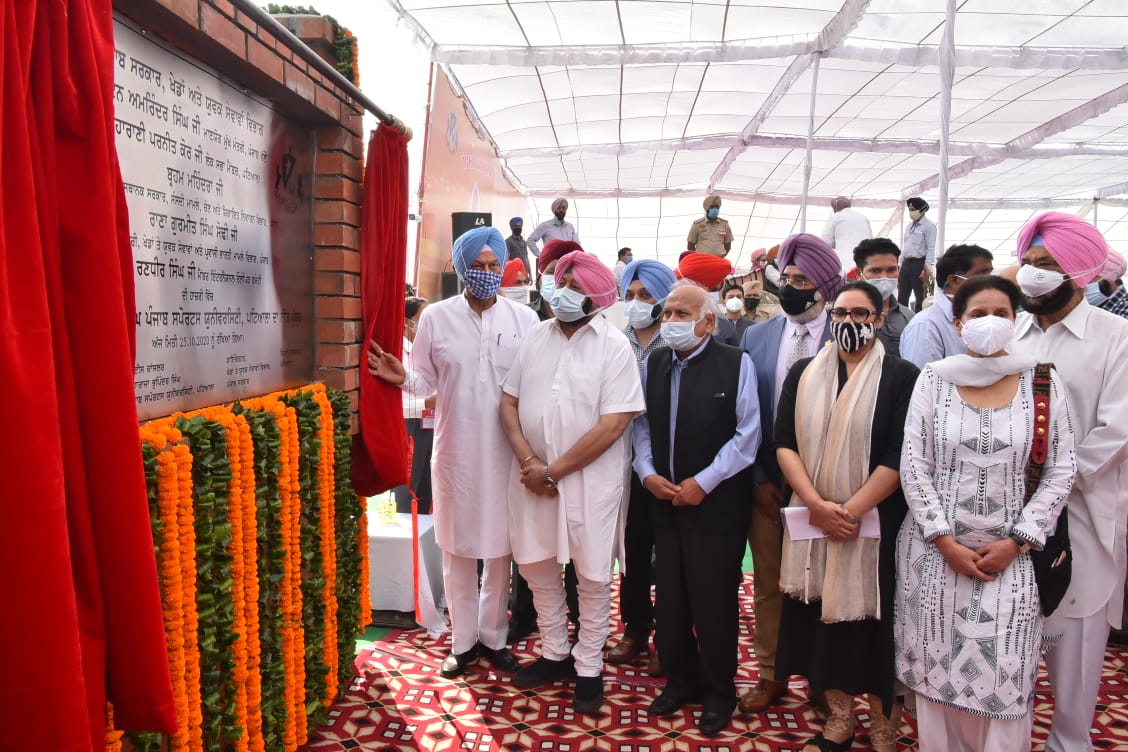 The university, will help in scientific development of sportspersons, Captain Amarinder said, adding that he wanted to see Punjab develop as a sports hub and its sportsmen and coaches equipped with scientific knowledge. He thanked the Panchayat and people of Sidhuwal, who had contributed land free of cost for the Sports university. They had earlier donated land for the Law University and have now also offered another 100 Kilas for any other project, said the Chief Minister, announcing a Rs 50 lakh grant for Sidhuwal, which has developed itself as a model village. 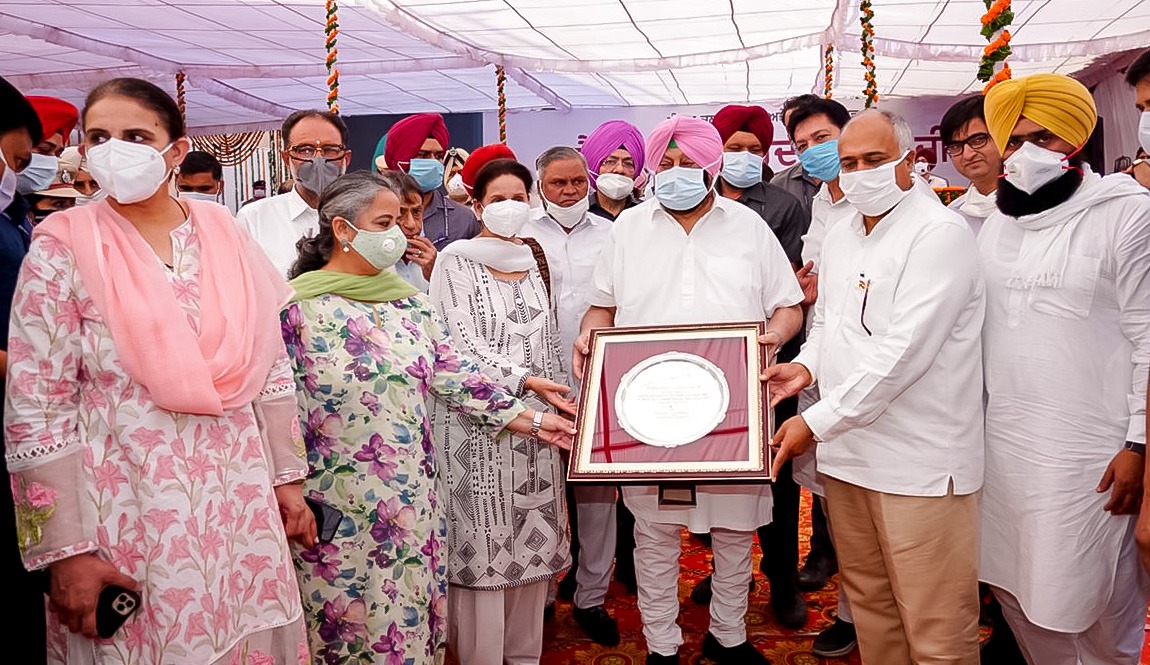 Expressing pleasure at the presence of several students who had already secured admission to the Sports University, Captain Amarinder expressed the hope that staff and students will be able to move into the campus by 2022.

They will benefit immensely from the university’s multiple courses, many of which are adopted from UK’s Loughborough University, whose VC Lord Sebastian’s video message was telecast at the foundation stone laying event. He assured that despite Covid problems, his government would provide more funds to the university for the speedy completion of its works.

He expressed the hope that staff and students will be able to move into the campus by 2022 to benefit from the multiple courses, many of which are adopted from UK’s Loughborough University, whose VC Lord Sebastian’s video message was telecast at the foundation stone laying event. 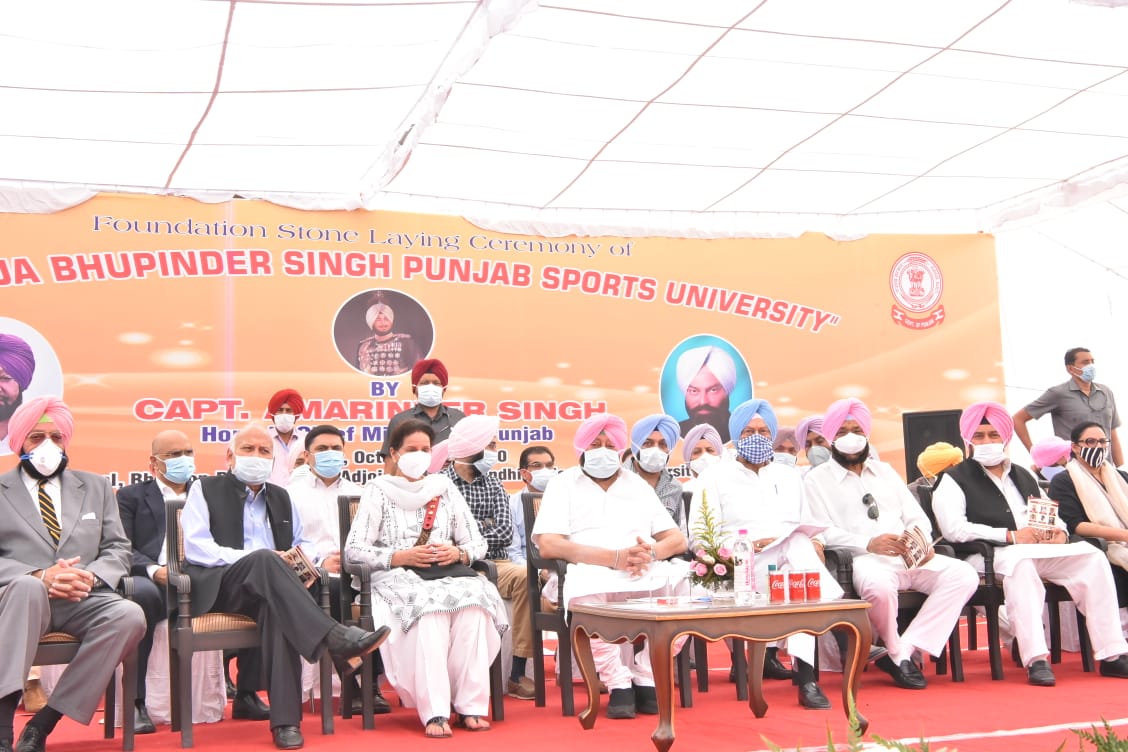 Maharani Preneet Kaur, MP, described the university as the need of the hour and said it would help encourage sportsmen and wean youngsters away from drugs.

Captain Amarinder said the launch of the new hi-tech bus stand would fulfil a long-standing demand of the people of Patiala, in view of the city’s growth over the past 10-15 years. Expected to be completed in around 15 months, this modern and passenger-friendly bus stand will supplement the existing bus stand and an internal mobility plan was being drawn up to provide connectivity between both, as well as with other parts of the city, he added. Further, the Rajpura Road, where the bus stand is coming up, will also be widened by next year. 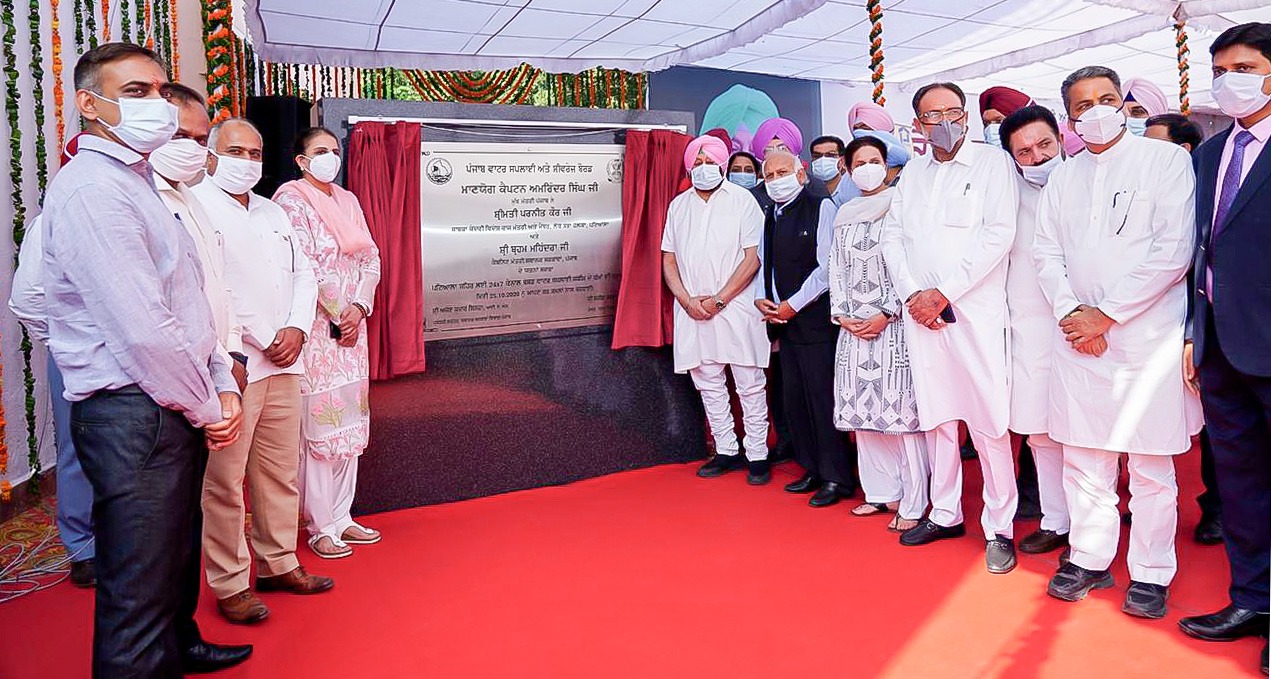 Later, launching the Water Supply project, as part of Phase-II of his government’s Urban Environment Improvement Programme (UEIP), the Chief Minister said it would help provide 24X7 clean drinking water to the people of Patiala, whose population has grown to 5 lakh and is expected to go up to 9 lakhs by 2050. Water will be taken from the Bhakra Main Line Canal through the existing Patiala Navigation Channel, he said, adding that the water works will be constructed in Ablowal. The project is estimated to be completed in 3 years, said the Chief Minister, adding that the operator will have an Operation and Maintenance Contract of 10 years.

Underlining the need to preserve the Patiala’s rich heritage and promote heritage tourism here, the Chief Minister said the area around Qila Mubarak was being developed as a Heritage Street, and will improve the infrastructure and façade of the area, its shops, etc. Work on the street is expected to be completed by December 2021, he said, adding that the renovation of Rajindra Tank (with fountains and lights) will be completed soon, despite delay due to Covid, and it will be dedicated to the people in December. Another project in progress is the development of Mohindra Kothi (old building) as a museum, where the famous Medal Gallery collection will be shifted.

The Chief Minister also announced several other projects to be initiated soon, including Rejuvenation of Patiala and Chhotti Nadi at a cost around Rs. 200 crore. He further asked the Patiala Administration and our Corporation to quickly start the work of grant of malki haq (proprietary rights) to Slum Dwellers to implement the law passed by the State.