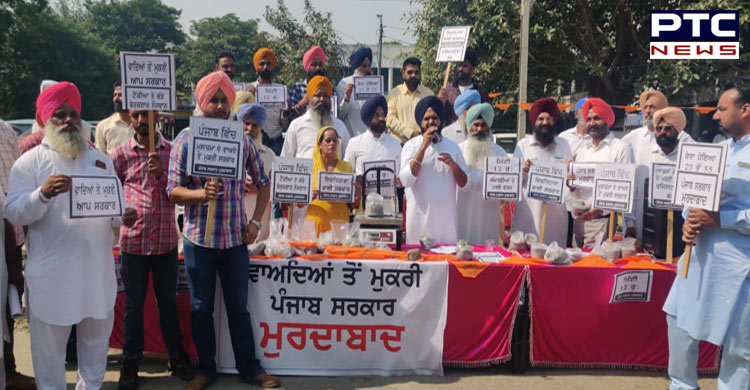 The party also up the ante against rising gangsterism in the state and false cases filed against protesters.

Holding a protest, Jaspal Singh Bitu Chatha slammed the state government over the deteriorating law and order situation in Punjab, the increase in sand rates, false cases against protesting leaders, and no compensation for farmers who have experienced loss because of pink bollworm.

The Shiromani Akali Dal leader also said that the government has failed to fulfil its promises and thus people are angry.