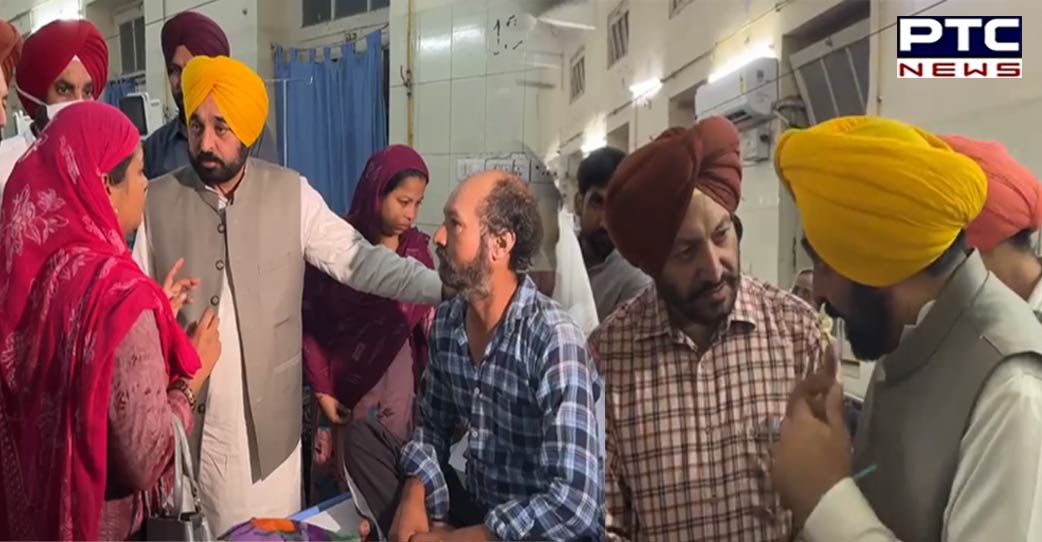 The Chief Minister inspected various wards of the hospital and interacted with the patients to take their feedback about the state of affairs in the hospital. Bhagwant Mann also had detailed interaction with the Doctors and para medical staff about the facilities at the hospital.

The Chief Minister said that people visit the hospital for getting quality treatment. He said that in case they don’t get the treatment here then they further move to PGIMER at Chandigarh due to which there is huge rush at that place. However, Bhagwant Mann said that the necessary augmentation in human resource and infrastructure will be made to ensure that this hospital is transformed into one of the best hospitals in the country.

The Chief Minister said that this hospital is a ray of hope for millions of people and no stone will be left unturned for further developing it into a world class hospital. He assured the patients that the pristine glory of this apex institute will be restored. Bhagwant Mann said that the state government will lay major thrust on holistic development of this hospital.