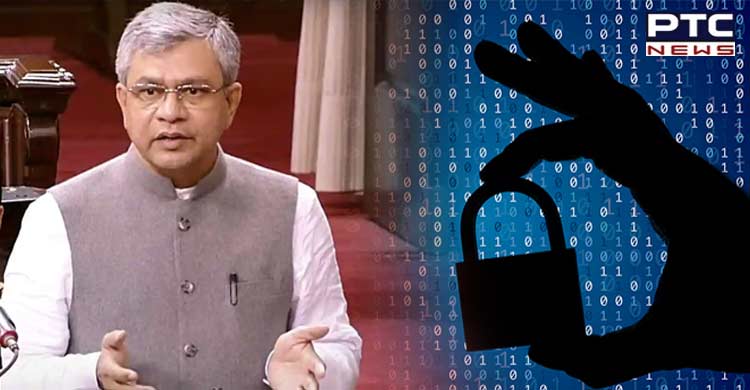 New Delhi, August 4: Union Minister of Electronics and Information Technology Ashwini Vaishnaw on Thursday explained the reason behind withdrawing the Personal Data Protection Bill, 2019 and said that the Ministry is aiming to bring new compressive legislation that will keep up with the technology landscape which is changing rapidly.

The Electronics and Information Technology Minister informed that the Joint Committee of Parliament recommended 81 amendments in a Bill that was of 99 sections which practically, suggested overhauling the Bill.

Earlier on Wednesday, the Central government rolled back the Personal Data Protection Bill, 2019. The Union government has decided to come up with new legislation in view of a large number of amendments suggested by the Joint Committee of Parliament towards a comprehensive legal framework for the digital ecosystem.

Taking to the media, Vaishnaw stated that the Joint Parliamentary Committee recommended major changes in the Bill, which was like rewriting the entire Bill.

"The Joint Parliamentary Committee did very extensive work. They consulted a very large number of stakeholders. After it, the Joint Committee of Parliament gave a very comprehensive report which recommended 81 amendments in a Bill that was of 99 sections, it was practically rewriting the entire bill. Apart from the amendments, they were some 12 major suggestions were there from the committee," the Minister said.

The old Bill needed to be withdrawn, he continued, in order to come up with a contemporary and modern legal framework to address the challenges of coping with the rapidly changing technology.

"To make sure that we do a compressive Bill it was important to do withdraw the old Bill and very soon we will be coming out with a new Bill. With the whole digital economy that we have and the way the technology landscape is changing rapidly, we need a very contemporary and modern legal framework. Today telecom is the primary method by which data is consumed," he further stated.

The government is working on it and Personal Data Protection Bill will be a part of that, the Minister said adding, that there is an overhaul of the legal framework.

"Our focus on making social media accountable has given good results. There is a good response to any law enforcement agency request which comes. No question of coming under any pressure, it is a very conscious decision (of withdrawal) and a well-thought-out process," Vaishnaw said.