As heavy rain continues to lash several parts of Uttar Pradesh, a pillar of the entry gate to the Taj Mahal monument in Agra collapsed on Thursday.

The pillar located on the southern entry gate of the monument fell due to rain on Thursday past midnight.

No casualties have been reported, as per official reports.

In another incident, three children died in Mathura district on Wednesday after a tin roof of their one-room house collapsed. The parents were not at home when the incident took place.

Along side, crops have been heavily damaged in several areas in Nandgaon, Vrindavan, Kosi Kalan areas of Mathura district due to rainfall. 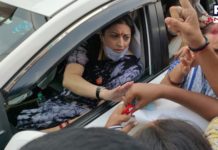 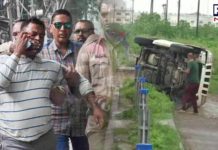