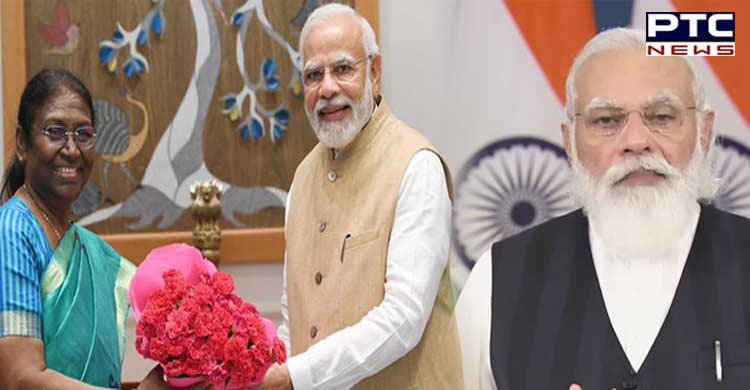 He also called her candidature historic on the second day of the BJP meet in Hyderabad.

According to sources, the Prime Minister spoke very highly about Murmu and her life journey and gave special stress on her humble beginnings and her struggle throughout her life and yet she did not fail to achieve what she stood for.

PM Modi further spoke about Murmu's conduct in public life, emphasizing how she worked constantly for the upliftment of every stratum of society.


The Prime Minister also told the BJP member that it was indeed an honour for India to get its first tribal woman president if she is elected, adding that her candidature stands over and above any politics, the sources added.


Since Murmu's nomination, the BJP has contacted opposition parties to seek their support.

JP Nadda called leaders of the Congress, including Mallikarjun Kharge, Adhir Ranjan Chowdhury, Sharad Pawar of the NCP, Farooq Abdullah of the Jammu and Kashmir National Conference, HD Devegowda of the JD-S, and Sukhbir Badal of the Shiromani Akali Dal (SAD).