Prime Minister Narendra Modi was among the 25 world icons who were nominated for World’s Most Powerful Person 2019. A judging panel shortlisted four finalists which included Narendra Modi, Vladimir Putin, Donald Trump, and Chinese President Xi Jinping. In term of authenticated voting, British Herald readers were supposed to vote through a mandatory one-time password. As per reports, while voting was on, the website of the British Herald crashed as many voters tried to vote for their favorite leaders, which got over three million of engagement in a week.

Prime Minister Narendra Modi, World’s Most Powerful Person 2019 showed his prominence in Lok Sabha Elections 2019, where he won the elections with a massive majority single-handedly. PM Narendra Modi is also branded as NaMo. PM Modi has made his profile as the World leader in recent years during the official visit with US President Donald Trump and Chinese President Xi Jinping. Also, British Herald will feature Indian Prime Minister Narendra Modi on the cover page of the magazine which will be released on July 15, 2019. 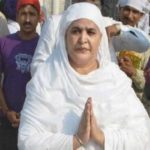