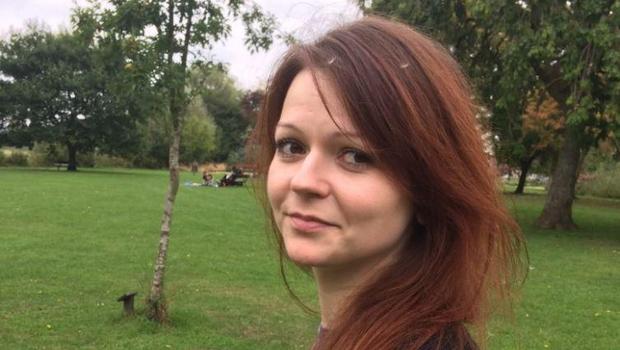 Yulia Skripal, daughter of a former Russian spy, who along with her father was poisoned with a nerve agent in the UK last month, has been discharged from the hospital, officials said today, an incident that sparked a major diplomatic spat with Moscow.

Yulia 33, and her father Sergei Skripal, 66, were found collapsed on a bench in the south-western English city of Salisbury on March 4 in what British authorities have said was an attempted murder by the Russian state.

She has left the Salisbury District Hospital, where she and her father had been recovering since March 4, and moved to a secured undisclosed country-side home in the UK, officials said.

Sergei is also on the path to recovery, they said. There were initially fears that the Skripals would not recover, but last week hospital and police officials said they were both improving.

"This is not the end of her treatment but marks a significant milestone," a senior hospital official said.

According to the hospital's deputy chief executive Christine Blanshard, the recovery of Sergei was more slower than Yulia, but "we hope he too will be able to leave the hospital in due course".

The father and daughter are expected to suffer some long-term consequences as a result of coming in contact with the toxic substance.

In a tweet, the Russian Embassy congratulated Yulia on her recovery but said: "We need urgent proof that what is being done to her is done on her own free will."

Western allies backed Britain had pointed the finger of blame for the attempted murder of the Skripals on the Russian regime but Moscow strongly denied any involvement and accused London of inventing a "fake story".

The incident has triggered a furious international row, with more than 20 countries around the world expelling more than 150 Russian diplomats. In response, Moscow has launched its own expulsions. 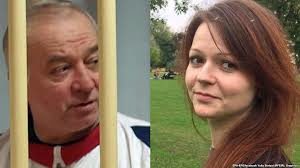 British Prime Minister Theresa May reiterated this week that Moscow is "culpable" for attack.

Police investigations have concluded that the pair first came into contact with the Novichok nerve agent at their home in Salisbury, south-west England.

Wiltshire Police Detective Sergeant Nick Bailey, who was among the first to attend the scene, was also treated in hospital after being exposed to the nerve agent but has since been discharged.

The Skripal's pet cat and two guinea pigs were also killed as a result of the attack.

Investigators have identified 131 people who had potentially been in contact with the toxic nerve agent, and up to 500 others who had visited the pub or the restaurant linked with the Skripals movement on March 4.

They were told to wash their clothes and possessions. Sergei is a retired military intelligence officer who was convicted of passing the identities of Russian intelligence agents working undercover in Europe to the UK's MI6 Secret Intelligence Service.

Yulia had travelled from Russia to visit her father the day before the pair were poisoned on March 4.

Over the weekend, it emerged that the UK's intelligence officials are in talks with the CIA over the possible repatriation of the Skripals to the US or another friendly country for their safety. The duo is likely to be offered new identities under a witness protection programme.

For Britain to help the pair, a senior police officer is expected to issue the Skripals with a so-called “Osman warning”, a formal notification that intelligence suggests there is a real and immediate “threat to life”.

They could then be placed under awitness protection programme on the basis that the pair hold key evidence about a possible motive for the attack.