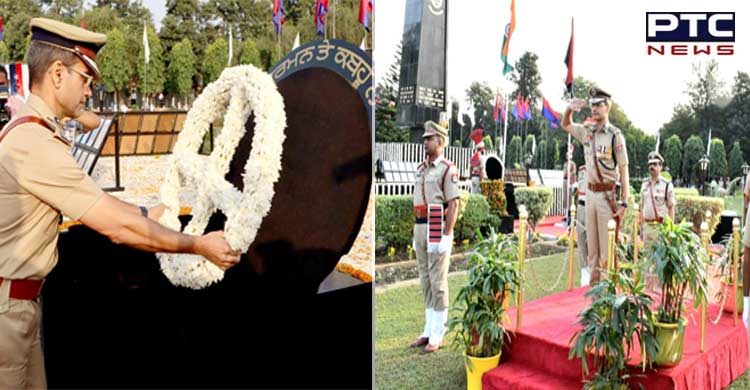 Jalandhar, October 21: The 63rd state-level Police Commemoration Day was observed at the Punjab Armed Police (PAP) headquarters here on Friday to pay tributes to the brave Police personnel of the state who sacrificed their lives for the unity and integrity of the nation.

Paying glowing tributes to the martyrs of the state, Director General of Police (DGP) Punjab Gaurav Yadav said that the Punjab Police is an exceptional force which served the country both in times of peace and disturbance.

He said that as many as 1792 Police officers had sacrificed their lives while fighting terrorism during the period from September 1981 to August 1992. The total 1792 martyred Police officers includes 1604 officers and constables of Punjab Police, while, remaining 188 Personnel were from Central Armed Police Force (CAPF).

A well-organised commemoration parade was held at the Police Martyr’s memorial constructed inside the PAP campus. After giving a general salute to the DGP Punjab, the names of all 261 police martyrs of this year were read out by Commandant 80th Battalion. A two-minute silence was observed, and later, senior officials laid wreaths at the martyr’s memorial.

DGP Punjab Gaurav Yadav, speaking on the occasion, assured fulsome support and cooperation from the Punjab Government and Punjab Police to the families of martyrs. “We will not let the sacrifices of our Heroes go in vain. I assure you that the Punjab Police will continue to serve with full dedication and bravery to ensure peace and harmony in the border state,” he said. 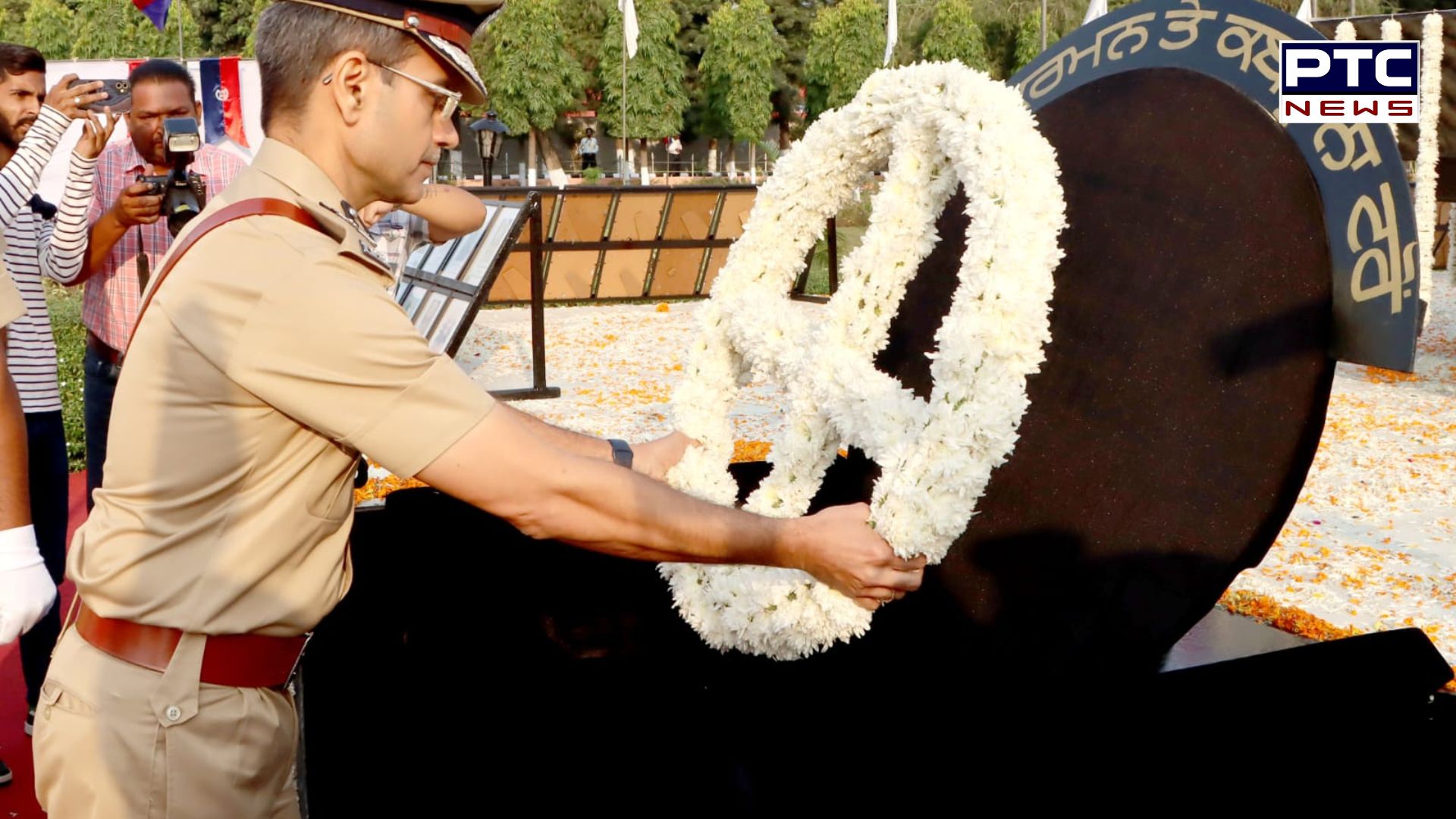 Post the event, the DGP also met the families of martyrs and listened them sympathetically. He assured them every possible help from Punjab Police.

The history of commemoration day goes back to October 21 1959 when a patrol party of the CRPF, led by SI Karam Singh, was ambushed by Chinese forces at Hot Springs in Ladakh and 10 jawans were killed. The bravery and the resulting sacrifice of jawans, fighting at 16,000 ft altitude in extremely cold conditions and against all odds, is an epitome of the rarest of the rare courage. The Indo-Tibetan Border Police sends a representative party of all police forces of the country to Hot Springs, Ladakh, every year to pay homage to the martyrs who laid down their lives on October 21, 1959, while guarding the national frontiers.

Since then on October 21 every year, commemoration parades are held in all police units as a mark of respect to brave police martyrs who sacrificed their lives in the line of duty. Arms are reversed and a two-minute silence is observed in the honour of the departed souls. The names of police martyrs of states, police and paramilitary forces are read out to acknowledge the supreme sacrifices made by them.