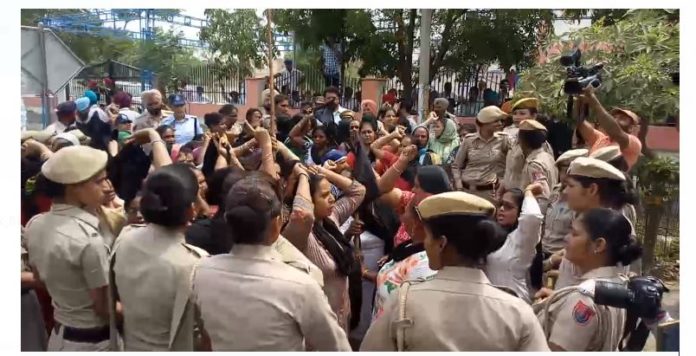 During their state-level protest against the state government, members of the All-Punjab Anganwadi Employees’ Union protested outside the office of Finance Minister of Punjab Manpreet Badal for 93 days in a row.

They demanded that the state government should follow in the footsteps of the Haryana government and increase their allowance.

Their other demands are release of funds for their centres so that they could pay the rent and resuming pre-primary classes at anganwadi centres.

Anganwadi workers said they will intensify agitation if the Punjab Government did not full fill their demands.