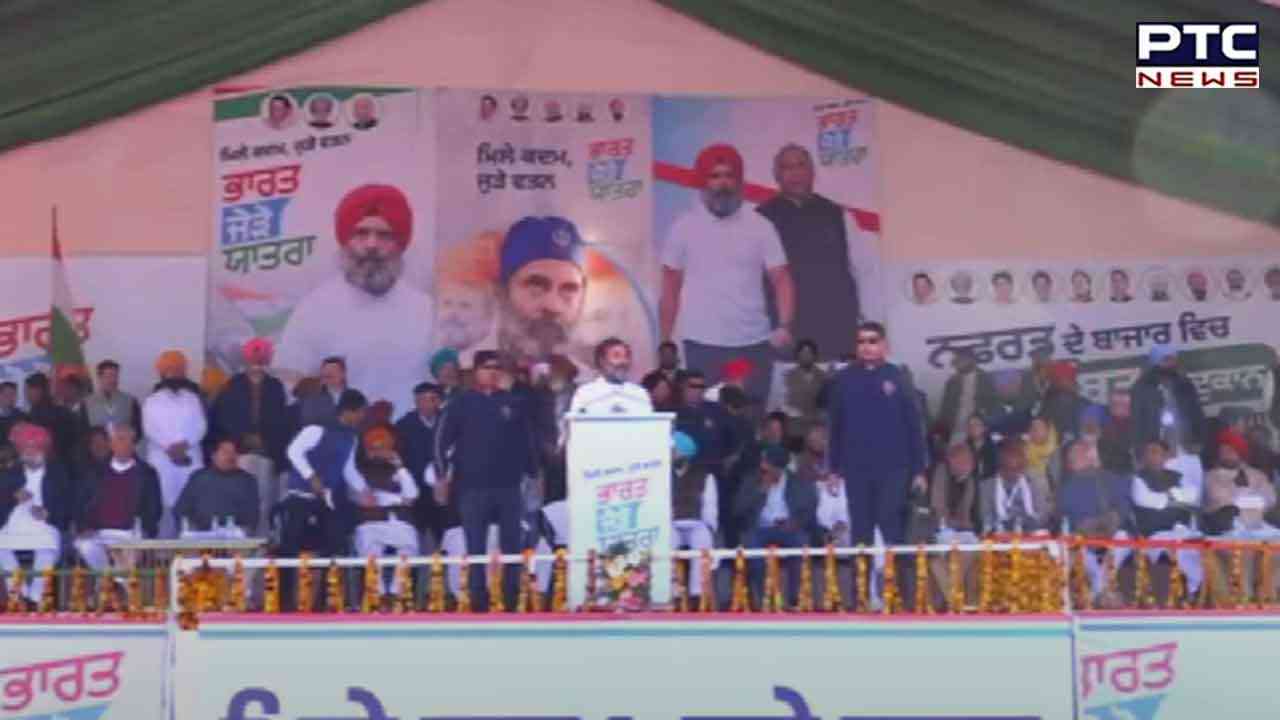 
The Bharat Jodo Yatra began from Punjab's Pathankot on Thursday afternoon. A public rally was organized in Sarna area of Pathankot. The Yatra will reach Jammu's Kathua at 6.45 pm on Thursday, party leaders said.

According to the INC's official Twitter handle, the flag transfer ceremony would be held in Kathua's Lakhanpur near Maharaja Gulab Singh's statue on Jan 19.

Also Read| Punjab CM Bhagwant Mann orders closing of Ferozepur’s Zira Liquor factory
After that, the Yatra will halt in Kathua's Lakhanpur for the night.

Former Jammu & Kashmir Chief Minister Omar Abdullah said that a few politicians should not use Bharat Jodo Yatra to whitewash their past on Kathua Rape accused Lal Singh joining the Yatra.

"The INC has to make sure that the Bharat Jodo Yatra is not being used to whitewash their past," said Abdullah.

In view of Bharat Jodo Yatra entering Jammu, the Jammu and Kashmir police authorities have also announced to ensure all the possible security arrangements. The Yatra is to conclude in Srinagar on January 30.