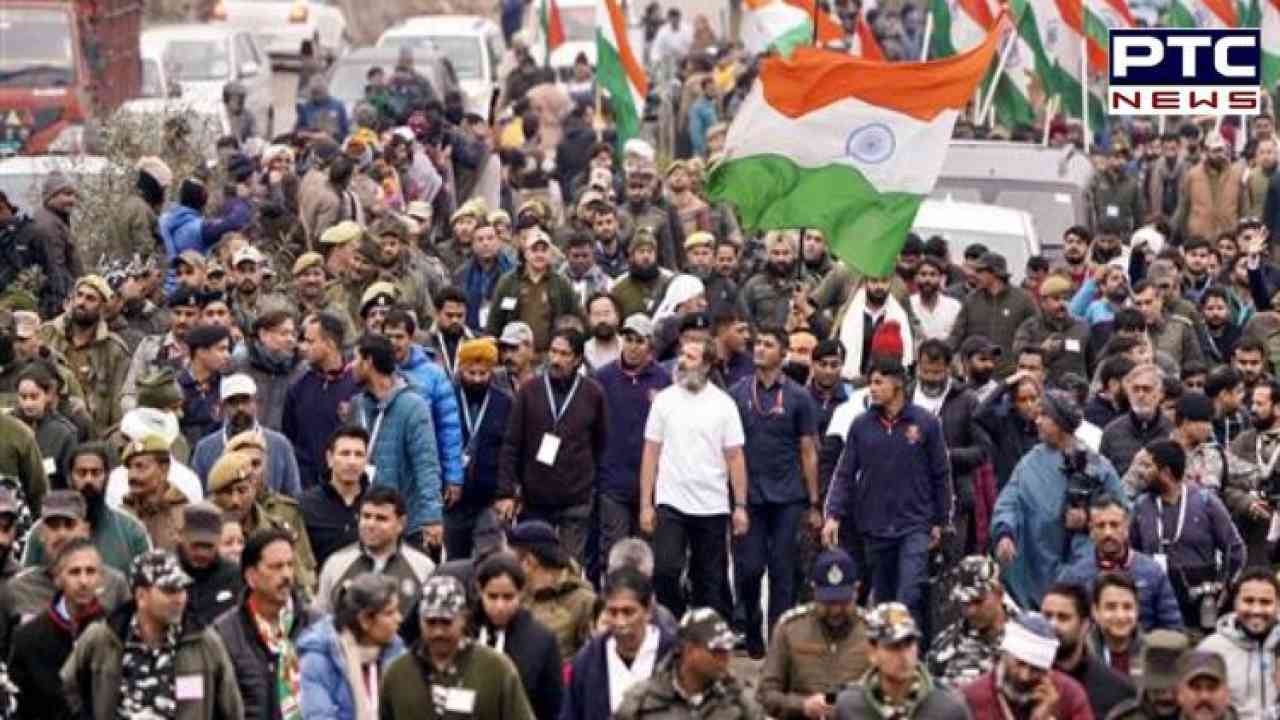 Despite the twin blasts in Jammu's Narwal area on Saturday, which injured up to nine people, the Yatra continues on its final leg.

"Bharat Jodo Yatra will continue no matter what," Congress General Secretary K C Venugopal said when asked about the impact of J&K twin blasts on the Yatra.

The Yatra is in its final leg, and many familiar faces have joined it up to this point. The Yatra will end on January 30 in Srinagar.

Isherpreet Singh, president of the National Student's Union of India (NSUI), met Gandhi on Saturday during the Yatra and briefed him on the struggle of Punjab's Paralympic athletes.

Gandhi, the MP from Wayanad in Kerala, had expressed delight at reaching Jammu for the final leg of his Bharat Jodo Yatra.

"It is a great pleasure to reach Jammu and Kashmir as I go back to my home, where my ancestors had their roots. I am learning about and understanding more of me, every state, my country," the Congress leader said.