Example of what emerges when Cong fights unitedly: Kharge on victory in Himachal 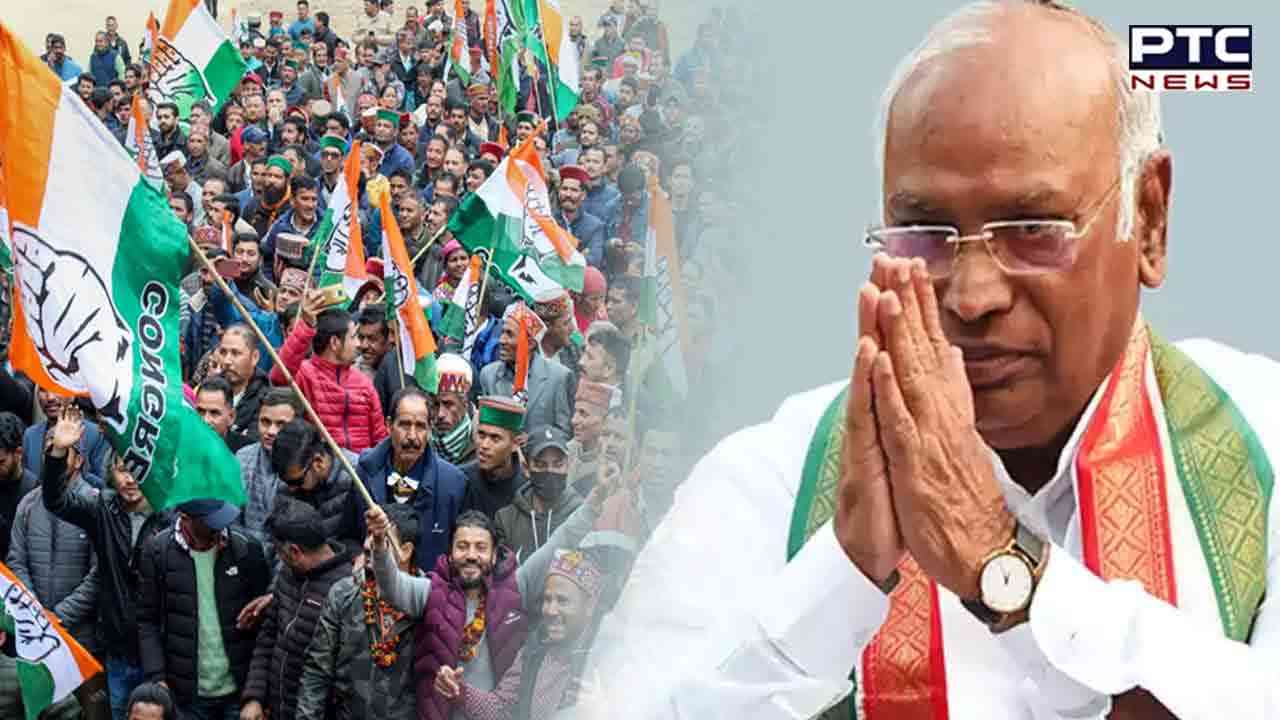 Example of what emerges when Cong fights unitedly: Kharge on victory in Himachal

Sukhu received the Congress president and Rajasthan Chief Minister Ashok Gehlot at Sanjauli helipad. Kharge, on the occasion, said that the party's victory in the state Assembly polls is an example of what happens when the party fights unitedly.

"This is a victory that belongs to the people of Himachal Pradesh. This is an example of what emerges when the Congress party fights unitedly," he said.

Ashok Gehlot said that the victory of the party in the state was a new beginning for Congress and the people of the state.

"This is a new beginning for Congress as well as the people of Himachal Pradesh. Rahul Gandhi's yatra against inflation, and unemployment, will become stronger from Himachal," he said.

Sachin Pilot, who also arrived here, confided that Sukhu will be able to deliver the promises made during the campaign.

"I believe that Sukhu will be able to deliver all the promises given by Cong. The people of Himachal Pradesh always supported Congress. We all will work together for the development of the state," he said.

Following the meeting, Pratibha said that it is her "prime duty" to take part in the oath-taking ceremony which will take place today afternoon.

"Why won't I attend his oath-taking ceremony? Of course, I will go. It is my prime duty to be there with him as he takes oath as CM today," she said.

Mukesh Agnihotri, the leader of the opposition in the outgoing Assembly, will take oath as the Deputy Chief Minister.

After being chosen as the Chief Minister, the Congress leader said that he is thankful to the Congress and Gandhi family for giving him this opportunity.

Sukhu said that he is happy that despite being from an ordinary family he is going to be the Chief Minister of Himachal Pradesh.

"I am happy that I am going to be CM despite being from an ordinary family. I am thankful to the Congress party and the Gandhi family for giving me this opportunity. My mother never stopped me from being in politics. I have reached here today because of her blessings," said Sukhu.

Sukhu is a grassroots politician who has risen from the ranks and has wide organisational experience in the hill state.

Sukhu was chairman of the Congress Campaign Committee for the assembly elections in which the party focused on local issues and made lucrative promises including an old pension scheme.

He will be the second chief minister from Hamirpur district after BJP's Prem Kumar Dhumal.

Congress won the Assembly polls in the state, winning 40 seats.