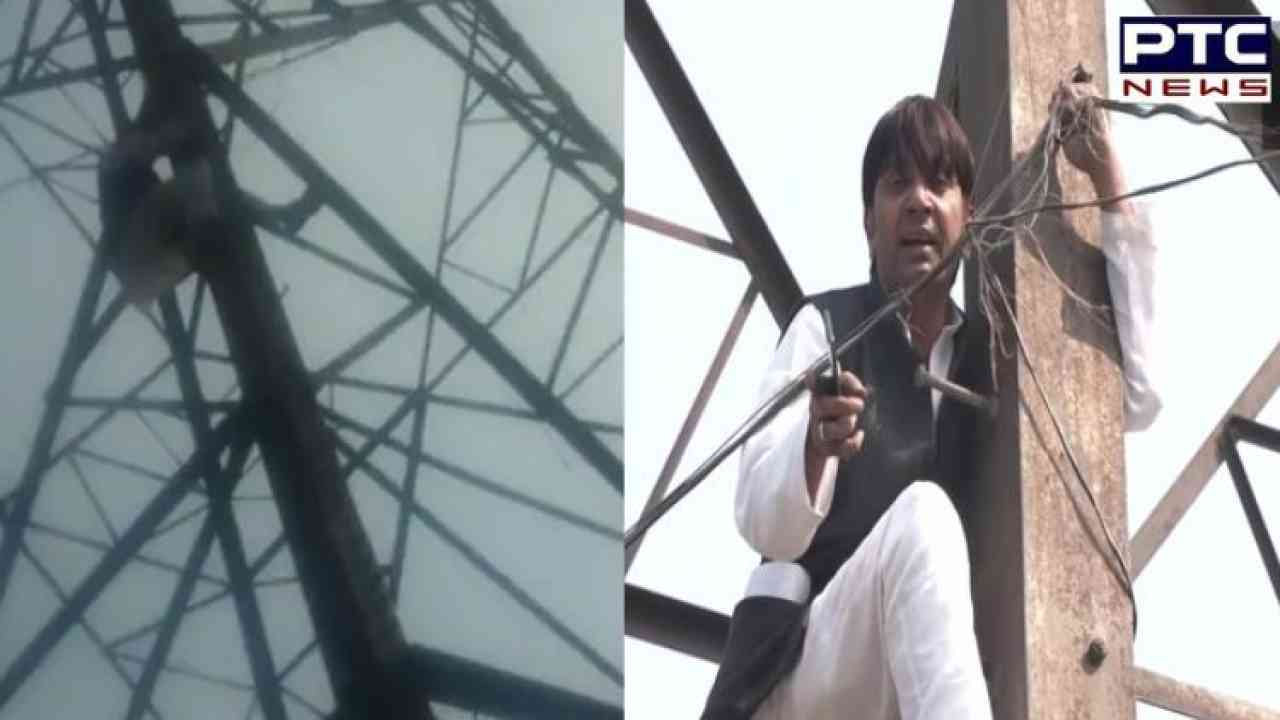 New Delhi, November 13: A former councillor of the Aam Aadmi Party (AAP) on Sunday climbed atop a transmission tower near Shashtri Park metro station in the national capital after the party denied him a ticket for upcoming MCD polls.

Former AAP councillor Haseeb-ul-Hasan is said to be upset after the party denied him a ticket for the upcoming MCD elections. Locals, police officers, and firefighters are currently on the scene trying to bring him down.

On Saturday, the Aam Aadmi Party (AAP) released its second list of 117 candidates for the December 4 Municipal Corporation of Delhi (MCD) elections.

The AAP also made a dig at the Bharatiya Janata Party (BJP), saying that the people of Delhi will vote for them to clean up the "garbage mountains" that the BJP has bestowed upon them.

"Our 2nd list of candidates for the upcoming MCD elections is here! Congratulations to all. Delhi will 'Vote for Jhaadu' to clean the '3 Garbage Mountains' gifted by the BJP," the AAP tweeted.

The AAP released its first list of 134 candidates on Friday.

Bobby Kinaar, a member of the Transgender community, has been nominated by the party as a candidate for the Sultanpuri-A ward in the upcoming elections.

The Sultanpuri-A ward is reserved for candidates from Scheduled Castes (SC). Sanjeev Kumar of the AAP won the seat in the 2017 elections.

Kejriwal also released the party's manifesto for the December 4 elections, stating that his government will work to fulfil 10 "guarantees."

"We will work to fulfil 10 guarantees. We will clean the streets of Delhi and solve the issue of garbage pile. We will also carry out beautification of parks," Kejriwal had said.