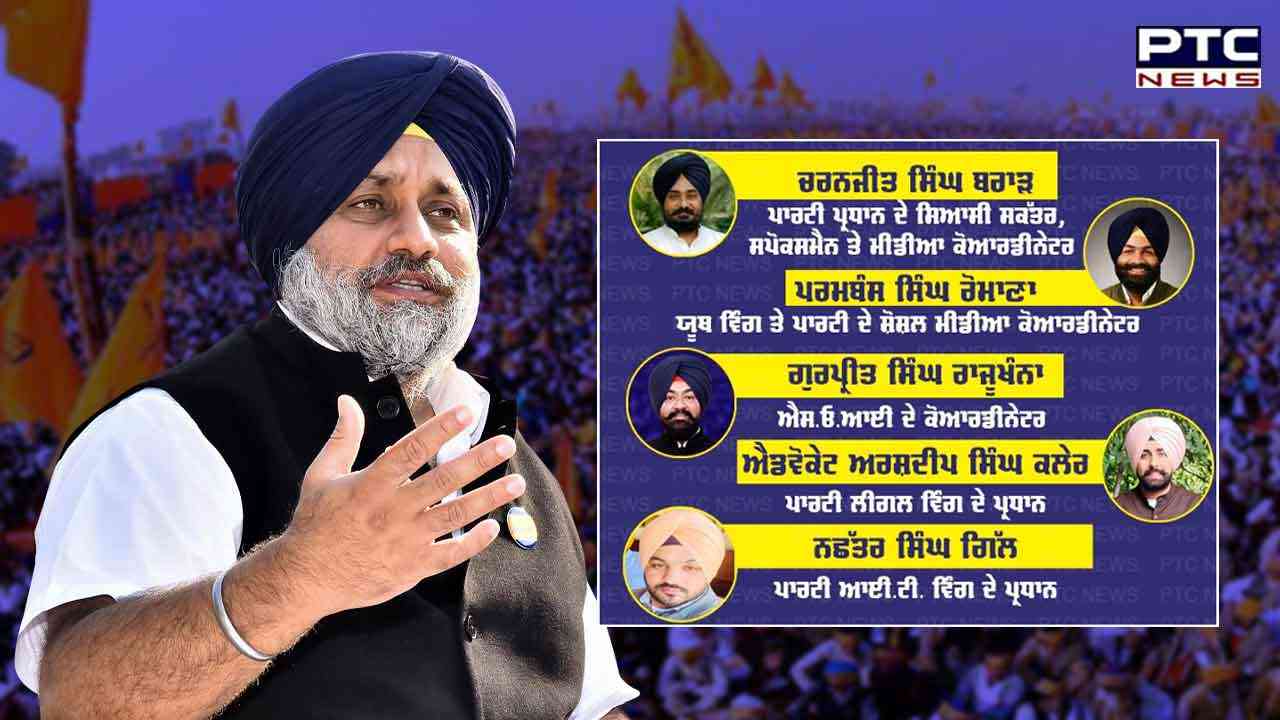 Chandigarh, January 23: To strengthen party and its structure, Sukhbir Singh Badal on Monday made some important appointments within party. According to the press release issued by the party Charanjit Singh Brar has been appointed as Badal’s Political Secretary, Spokesman and Media Coordinator.


In addition to that senior SAD leader Parambans Singh Romana has been handed over the responsibility of youth wing and social media coordinator of the party to the general secretary. Gurpreet Singh Raju khanna has taken charge of coordinator of SOI to General Secretary.