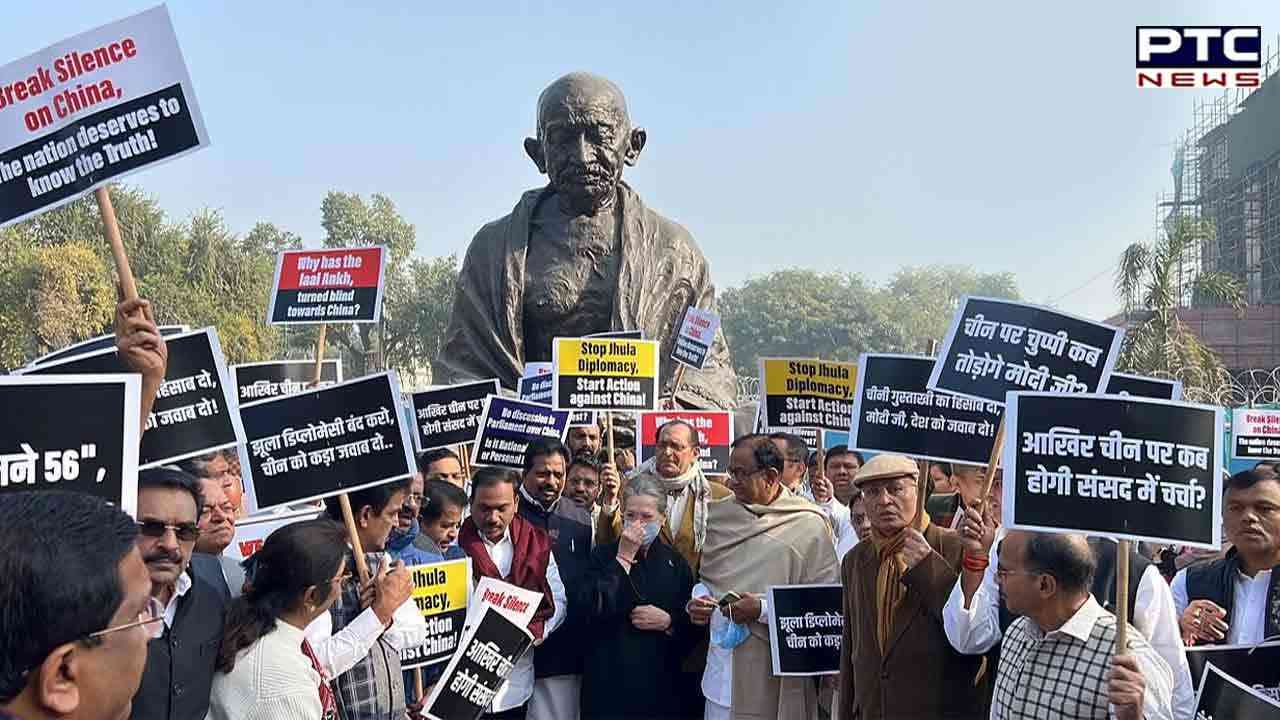 New Delhi, December 21: Congress MP Sonia Gandhi and other Opposition leaders on Wednesday staged a protest in front of the Gandhi statue on Parliament premises, demanding a debate on the recent India-China faceoff at Tawang.

Earlier in the morning, Sonia presided over a meeting of all party MPs in Parliament to plan the course of action for the remaining days of the Winter Session.

Since the Winter Session began on December 7, opposition parties have demanded a discussion of the border tensions between India and China and the most recent Chinese violations.