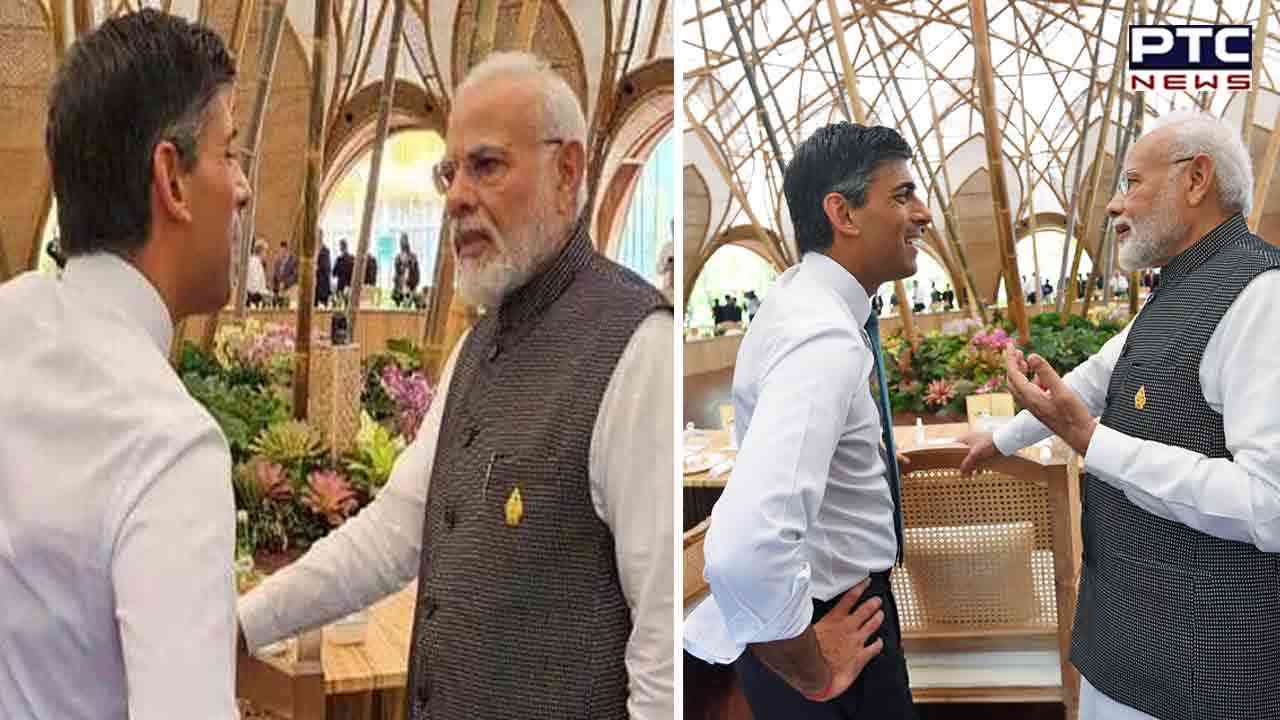 London, November 16: UK Prime Minister Rishi Sunak has given the go-ahead for 3,000 visas for young professionals from India to work in the UK each year.

The British government said India is the first visa-national country to benefit from such a scheme, highlighting the strength of the UK-India Migration and Mobility Partnership agreed last year. "Today the UK-India Young Professionals Scheme was confirmed, offering 3,000 places to 18-30-year-old degree-educated Indian nationals to come to the UK to live and work for up to two years," the UK Prime Minister's Office said in a tweet.

This announcement in the Downing Street readout came hours after Sunak met Prime Minister Narendra Modi on the sidelines of the 17th edition of the G20 Summit. This was their first meeting after the first Indian-origin British PM assumed office last month.

"Prime Ministers @narendramodi and @RishiSunak in conversation during the first day of the @g20org Summit in Bali," PM Modi's Office said in a tweet.

Under the new UK-India Young Professionals Scheme, the UK will offer 3,000 places annually to 18-30-year-old degree-educated Indian nationals to come to the UK to live and work in UK for up to two years. The scheme will be reciprocal.

"The launch of the scheme is a significant moment both for our bilateral relationship with India and the UK's wider commitment to forging stronger links with the Indo-Pacific region to strengthen both our economies," Downing Street said in a statement.

It said the UK has more links with India than almost any country in the Indo-Pacific region. Nearly a quarter of all international students in the UK are from India, and Indian investment into the UK supports 95,000 jobs across the UK.

The UK is currently negotiating a trade deal with India - if agreed it will be the first deal of its kind India has made with a European country. The trade deal would build on the UK-India trading relationship, already worth 24 billion pounds, and allow the UK to seize the opportunities presented by India's growing economy.

In parallel to the mobility partnership with India, the British government said it is also strengthening its ability to remove immigration offenders.

"A landmark Memorandum of Understanding was signed between the UK and India in May 2021 aimed at increasing mobility between our countries, returning those with no right to be in the UK and India respectively and sharing best practice on organised immigration crime," the UK PMO added.