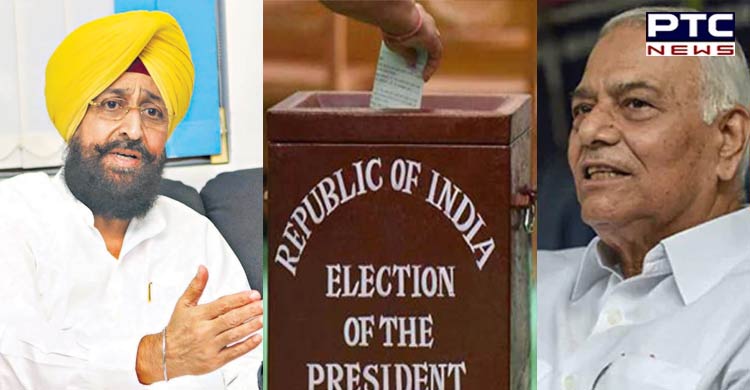 Chandigarh (India), July 18: The leader of the Opposition in Punjab, Partap Singh Bajwa on Monday said that 99 percent of the votes from Punjab are going to the Opposition's joint candidate for Presidential polls, Yashwant Sinha.

On Monday, speaking to the media persons outside the Punjab Assembly, Bajwa said that a meeting of the Punjab Congress Legislative Party (CLP) was called to avoid any mistake that may lead to the cancellation of votes.

"All MLAs will be guided about the process of casting votes for the election of the President to avoid any mistake that may lead to the cancellation of votes. Most of the MPs will be going to Delhi to cast their votes, they can come here too, then they have both the preference He also asserted that 99 per cent of the votes from Punjab are going to Yashwant Sinha," Bajwa had said.

Voting to elect the 15th President of India is underway. This comes as the tenure of incumbent President Ram Nath Kovind ends on July 24.

National Democratic Alliance's (NDA) presidential candidate Droupadi Murmu and joint opposition nominee Yashwant Sinha are the two candidates in the fray for the Office of the President.

A total of 4,809 MLAs and MPs will vote in the Presidential elections. The polling started at 10 am and will conclude at 5 pm in the Parliament and State Legislative Assemblies.

The counting of votes will be held on July 21.