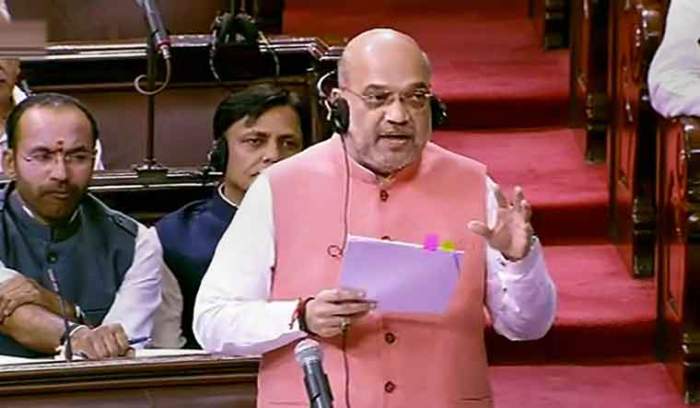 Earlier Lok Sabha approved the extension of President's Rule in Jammu and Kashmir for another six months beginning 3rd July. Union Home Minister Amit Shah said assembly elections in the state will be held as soon as the Election Commission announces the dates. He also said Article 370 of the Constitution which extends special status to Jammu and Kashmir, is "temporary in nature" and "not permanent".

The Lok Sabha also cleared the Jammu and Kashmir Reservation (Amendment) Bill, 2019. Friday saw the Lok Sabha taking up two issues related to Jammu and Kashmir. The first was a resolution to extend President's rule in the state for another six months and the other a bill to amend the Jammu Kashmir Reservation Act of 2004. The house passed them both after due discussion.

Union Home Minister Amit Shah put forth the government's stand on both issues. The amendment of the Jammu and Kashmir Reservation Act, 2004, extends 3 percent reservation to people living on the international border in the state. The reservation will benefit about 3 lakh 50 thousand people living in 70 villages of Kathua, 133 villages of Samba and 232 villages of Jammu.

As per the second resolution, President's rule in Jammu and Kashmir is being extended by 6 months from 2 July 2019. Following the discussion, the Bill and resolution were both passed by a voice vote. Home Minister Amit Shah in his response said that the mistakes of then Prime Minister Pandit Nehru had festered into the problems in Kashmir today.

The Home Minister also clarified that free and fair elections will be conducted in the state whenever the Election Commission so decides. During the discussion, opposition members demanded elections be held at earliest. They said the government had been dealing with terrorism with a firm hand but at the same should also take on board the people's concerns.

Amit Shah said that terrorism in Kashmir is sponsored by Pakistan and the government has adopted a zero tolerance policy in dealing with it. The Home Minister also referred to the air and surgical strikes on terror camps in Pakistan and said that India has used its right to self defence to eliminate terrorists and protect civilians.