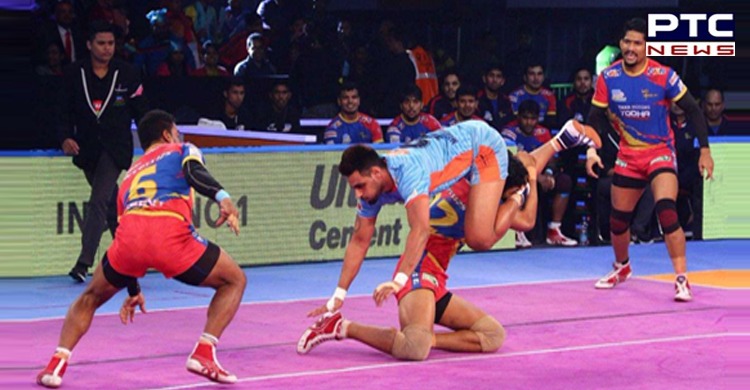 UP Yoddha will take on defending champions Bengal Warriors in their opening game of upcoming season eight of Pro Kabaddi League (PKL) season 8 on December 22.

UP Yoddha, who finished third in the last edition of the PKL, will look forward to a winning start with a new-look team. "I am very happy and confident with our preparation for the eighth edition of the Pro Kabaddi League. It will be a challenging season ahead for us especially because this will be our first experience inside the bio-bubble and without our fans," said Jasveer Singh, Head Coach, UP Yoddha in a statement. "Coronavirus definitely had its adverse effect on areas such as this, but I am glad that slowly the world and all of us are making our way out of the destruction. Though, the silver lining over the last one year has been that the team has been together at our state-of-the-art UP Yoddha - BK Kabaddi Academy in Meerut.

"It has helped us not only in strengthening our bond but also has given us immense time to train together which I am sure will show in our performance this season," he added.

The Pro Kabaddi League on Wednesday announced the season's first leg schedules and UP Yoddha's clash against defending champions Bengal Warriors will be the third game of the opening day.