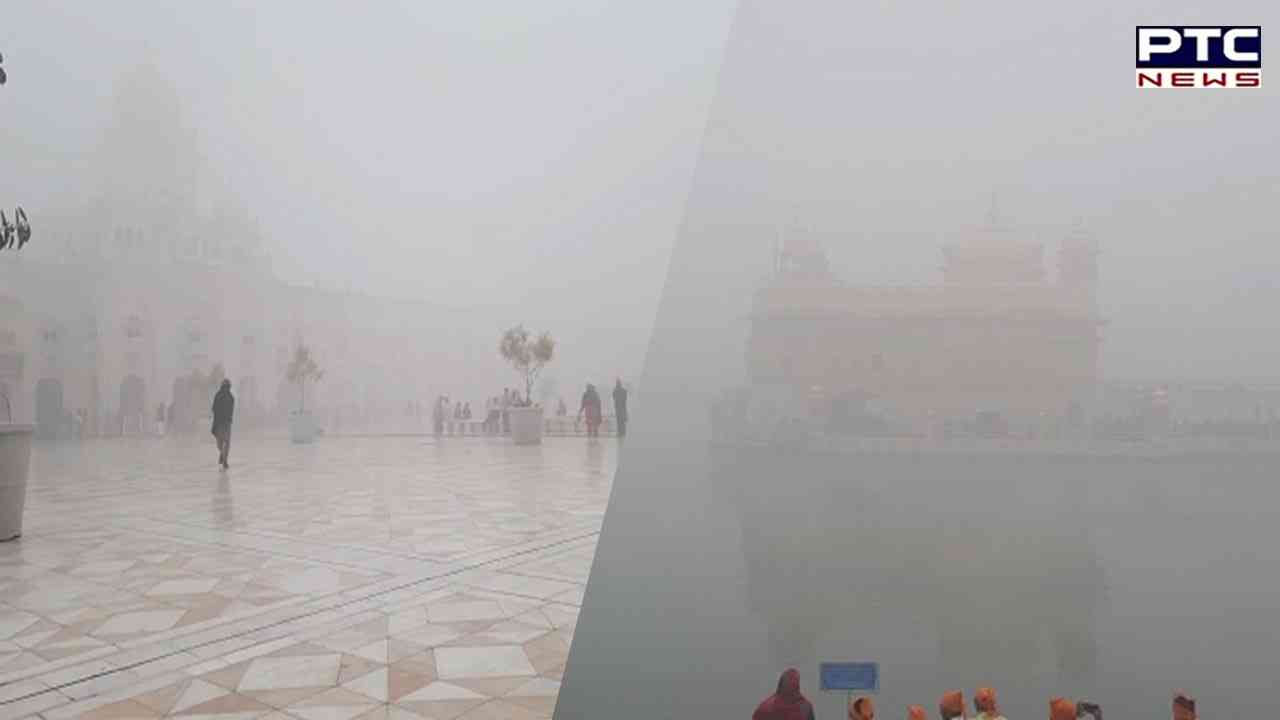 Amritsar, December: Amid dense seasonal fog, devotees from all over the world are visiting the fog-shrouded Amritsar’s Golden Temple to pay obeisance. Though dropping mercury is making day to day life hard, it doesn’t bar pilgrims full of faith from taking holy dip in Sarovar. Sachkhand Sri Harmandir Sahib seen covered in fog but it has no effect on the devotees.

Although dense fog and cold have engulfed the whole of North India in its blanket and people are facing many difficulties in traveling and coming out of the house, but in spite of all this, the center of faith in Sachkhand Sri Harmandir Sahib has not witnessed any drop  in the inflow of devotees who come their to pay their respects. Apart from Punjab, devotees from other states are also reaching here to express their faith and reverence.

Heavy inflow of tourists has also cheered up local hospitality businesses, that was quite in the last two years due to Covid-19. Meanwhile, Traffic authorities of Punjab have sounded alert for people travelling by road as dense fog as splurged cases of road accidents. Due to same reason, various trains running across north India are also facing long delays.